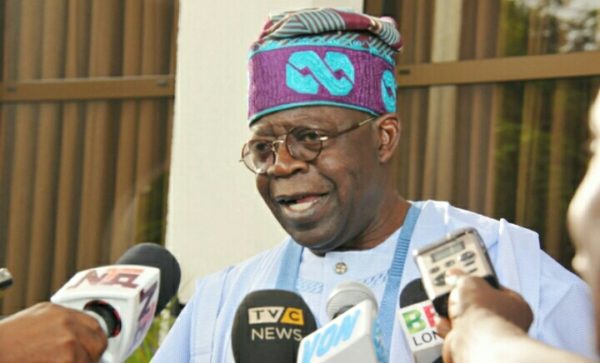 Bola Tinubu, presidential candidate of the All Progressive Congress (APC) has stated the reason why he opted for a running from his religion.

In some quarters, analysts say the former Lagos governor was pressured into arriving at the conclusion termed politically suicidal by the Christian Association of Nigeria (CAN). His followers in the North are said to have described as inferior the Islamic version he practices, hence the need for one of their own to deputise him.

Addressing newsmen in Daura, Katsina State, hometown of President Muhammadu Buhari, the ruling party’s chieftain explained that competence informed his decision on choosing the director-general of his campaign during the APC presidential primary.

He said the need to do away with religion from the political scene also informed his decision.

“I am mindful of the energetic discourse concerning the possible religion of my running mate. Just and noble people have talked to me about this,” Mr Tinubu said. “Some have counselled that I should select a Christian to please the Christian community. Other have said I should pick a Muslim to appeal to the Muslim community. Clearly, I cannot do both.

“May I say this to all of you, especially to those who will be disappointed in my selection based on religious considerations. I will not and cannot ignore the religious concerns and ethnic sensitivities of our people.

“Taking them into due consideration is an important part of good and able governance. But religion, ethnicity and region cannot always and fully determine our path.

“To forge ahead as a nation toward development and prosperity, we must break free of old binds. We must recalibrate our political calculations to where competence and fairness matter more than reductive demographics.

“I am aware that many will continue to focus on a particular detail, the question of his faith. However, if we truly understand the challenges upon us a nation, then we must also see the imperative of placing competence in governance above religious sentiment.

“In 1993, Nigerians embrace Chief MKO Abiola and a fellow Muslim running mate, Baba Gana Kingibe in one of our fairest elections ever held. The spirit of 1993 is upon us again in 2023.

“As such, the ticket we present today represents a milestone in our political history. It symbolizes our party’s determination to be a leading light among political parties in Africa,” he added.