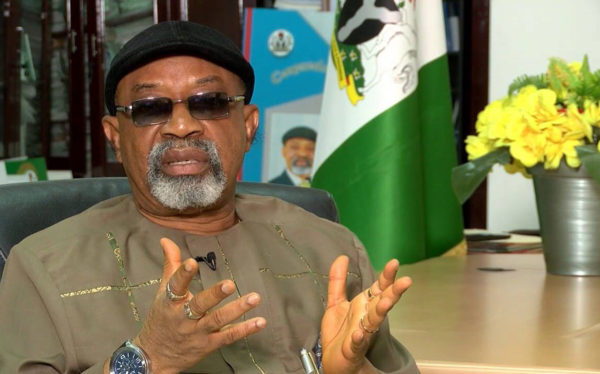 Chris Ngige, Minister of Labour and Employment, has stated why he couldn’t attend this year’s celebration of Workers Day.

Mr Ngige was rumored to have stayed away from the celebration yesterday to avoid another clash between him and the Nigeria Labour Congress (NLC).

The minister who was billed to address the workers at the nation’s capital was represented by the Minister of State, Stephen Ocheni.

In 2017, POLITICS TIMES recalled, a similar scenario played out when workers disrupted that year’s May Day in Abuja, the nation’s capital.

At the time, the workers were demanding an increase in the N18,000 minimum wage currently being paid.

Recently, President Muhammadu Buhari signed the new minimum wage bill, which added a N12,000 increase, into law. Some state are yet to agree with the N30,000 new wage.

Nwachukwu Obidiwe, the special assistant to the minister said his principal could not grace the event due to his ill health.

“The minister has been down with flu since last Sunday,” Mr Obidiwe said in a statement on Wednesday.

“He met his doctors last Monday and has since been at home recuperating,” he added.