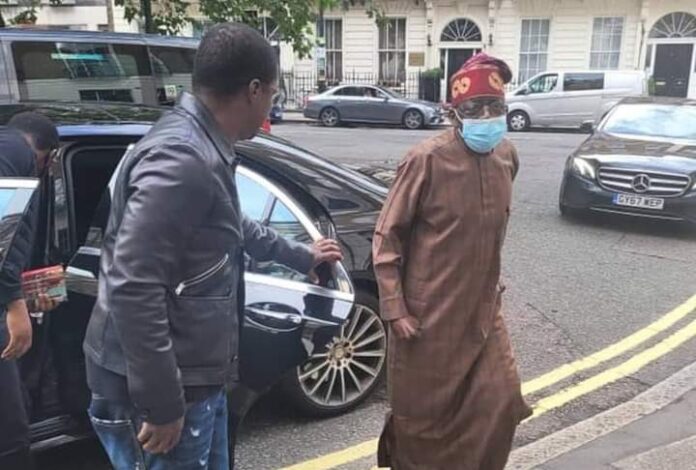 Bola Tinubu, former Lagos State governor, who is recuperating in London has explained why he is still in the foreign country despite feeling well.

Mr Tinubu left the country in July to attain to his health. Media reports said the Sexagenarian underwent knee surgery.

President Muhammadu Buhari and other politicians have been flocking his abode to see him since the national leader of the All Progressive Congress (APC) was rumored death.

Playing host to the Northern caucus of the House of Representatives members led by Idris Wase, deputy speaker of the green chamber on Friday, the presidential hopeful said he was still in London due to physiotherapy which he said was gruesome.

“Because of God and people like you, I am well,” the politician who adorned a checked brown kaftan told his visitors, adding that, “It is just the physio (physiotherapy) that is gruesome.”