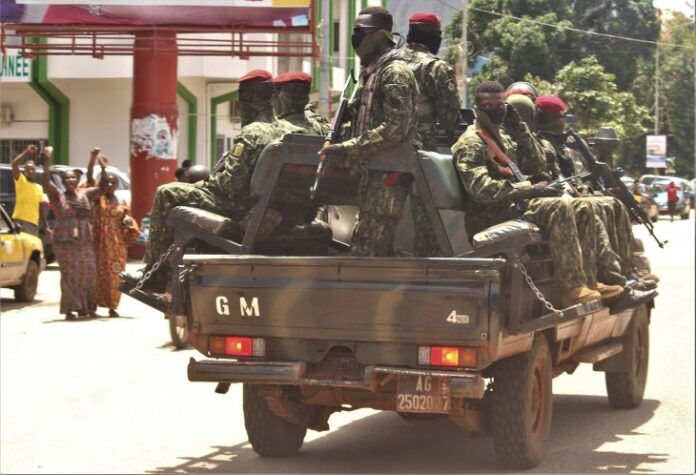 There’s a severe, earth-baking drought in the Horn of Africa. About 13 million people in Ethiopia, Kenya, Somalia and Djibouti are in the grip of acute hunger. The rains have failed in three consecutive years, prompting the driest conditions experienced in the region in 41 years.

This ought to be one of the heaviest burdens on the minds of African leaders: How the continent can rally support and assistance for people in that region. At the moment, it is not.

It’s just another item on the news left for the World Food Programme under the United Nations and the international press to worry about.

But seriously, what can the current class of AU do? How can a good number of them who are almost overwhelmed by domestic problems care about what is happening next door?

The continent is struggling. Many countries are in need of food aid themselves, so how could they possibly be in a position to provide food relief for brothers and sisters on the horn?

There was a vision of Africa envisioned by its founding fathers and pioneer leaders. That vision has, to a large extent, remained a mirage. Every projection has failed and only the trade in guns and with it, and the attendant violence, appears to be booming.

Almost entirely, every surviving revolutionary metamorphosed into a beast or spawned a system that challenges even the moral conscience of hardened criminals.

In January 1976, Nigeria’s head of state at the time, Gen Murtala Mohammed, delivered a famous and revolutionary speech at the extraordinary summit of the Organisation of African Unity (OAU; now African Union) in Addis Ababa, Ethiopia. Aptly entitled, “Africa Has Come Of Age,” Murtala excoriated the neocolonial powers over their exploitative tendencies and, in effect, warned that enough was enough.

Specifically, the theme of his speech was a rebuke of the support of the United States and other Western allies for the apartheid system in South Africa, which was trying to suppress the popular rebel movement in Angola in favour of a puppet regime.

Barely a month after this audacious proclamation, Murtala was brutally assassinated in a bloody coup on the streets of Lagos on February 13, 1976. Not a few, including yours sincerely, were convinced that Dimka’s aimless coup was a Western conspiracy to get another revolutionary African leader out of the way.

Many leaders of Murtala’s temperament fell to the bullets of assassins in Africa – Thomas Sankara, Patrice Lumumba and Samora Machel, among others. As radical as they came, so were the reactionary bullets that flew in their directions. With a few exceptions and the hands of fate, many kissed the dust and were out of the way.

Forty-six years after Murtala, Africa has not come of age. Apart from the crises of under-development, it is returning full cycle to the era of military coups and instability. And while some adventurous soldiers are taking over seats of power and state houses, bandits and terrorists are taking over villages, throwing people into refugee camps and even collecting taxes and ransom.

Back in the 60s and 70s, Africa had inspiring leaders who could stand their grounds, look some colonial chauvinists in the face and call their bluff. Countries like Nigeria became frontline states in the Non-aligned Movement challenging the evil system of apartheid in South Africa and supporting resistance movements against colonial authorities in Namibia, Zimbabwe, Kenya, Algeria, among others.

The OAU and ECOWAS were rallying points of authority to exert regional and continental pressure towards defined and definite outcomes. Back in those days, there would have been a continental push to bring relief and help to the countries and people on the verge of dying in their beds from the scourge of heat, hunger, and thirst.

It was with that spirit of confidence and self-assurance that President Olusegun Obasanjo, in 2004, warned and stopped in their tracks, foreign mercenaries who attempted to take over the government of Equatorial Guinea.

Obasanjo was even more dramatic in the case of São Tomé and Principe when the civilian government was overthrown, while President Fradrique de Menezes was attending a meeting of world and African leaders in Abuja in 2003.

Immediately after the meeting, Obasanjo escorted de Menezes back to São Tomé and asked the coup makers to return power to the president, which they did in exchange for amnesty, like wayward school children.

Alas, gone are the days. It does seem all the African Union (AU) and the Economic Community of West African States (ECOWAS) can muster as a response to the crises of governance or any other crises on the continent is a mere shrug. The mutual collaboration, which had African states uniting for the independence of Zimbabwe, Namibia, South Africa and even the liberation of Uganda from the vice grip of Idi Amin, has all but floundered.

This lack of unity and collaboration explains the half-hearted statements of both the AU and ECOWAS regarding the military takeovers in some of the countries in the West African Sahel.

Beginning with the military overthrow in Sudan in 2020, the silence or half measures/after-thoughts from the continent’s leadership allows anyone who’s daring enough to take their chances at anything.

And, of course, international politics is too preoccupied with tensions in the global North and the fallouts of the COVID-19 pandemic to care about coups in Africa.

France has enough internal problems of its own, and under Emmanuel Macron, it has shown an increasingly diminished appetite for its protégées in Africa. It has cut down its troops and other European allies and the U.S., who are not prepared to weep more than the bereaved, have followed suit.

It’s quite interesting how the coups have progressed. Sudan and Chad have common borders; Mali shares borders with Burkina Faso to the south and Guinea to the south-west. Guinea, in turn, has common boundaries with Guinea Bissau, where the coup attempt of February 1, 2022 failed. It is also interesting that apart from Sudan, all the countries affected by military takeovers, so far, are Francophone.

In Mali, the new government has gone all out for France – severing diplomatic ties, with Prime Minister Choguel Kokala Maiga blaming France for Mali’s economic problems and security situation in an interview he granted Anadolu, the Turkish news agency.

Reading that interview indeed leaves so much to worry about. Mali is saying, without mincing words, that France is teleguiding affairs at the African Union and ECOWAS. In the same breath, it is saying that France is responsible for all the insecurity – if not just in Mali, then across the entire Sahelian Africa.

The sentiment among local troops, partly obvious from the post-coup speeches, is that the soldiers can defend their countries against the onslaught of the Islamists without much foreign help. And that France, rather than being a solution, has become a part of the problem.

Whether the troubled former French colonies can stand on their own remains to be seen. But the Islamists are spreading like cancer, taking territories even beyond the French sphere of influence and increasingly infecting local populations.

Banditry in Nigeria’s north-west region has escalated from the moment artisanal mining of gold in Zamfara State became an open affair. And the bandits, many locals have confirmed, are mostly not locals by body structure, behaviour and accent (language).

In Southern Africa, Mozambique is fighting Islamic insurgents, while in the East, Uganda and Kenya have been locked in decades-long battle against Al-Shabab. The continent is in a fragile place, significantly worsened in the last few years by unstable commodity prices and COVID-19.

Cheap Chinese money is also drying up and the continent must now reckon with a largely corrupt elite and incompetent political leadership.

And so the coups are back! And they will fester as long as there are sit-tight rulers, bad governance, insecurity and just about anything that makes the people think any change is better than the status quo.