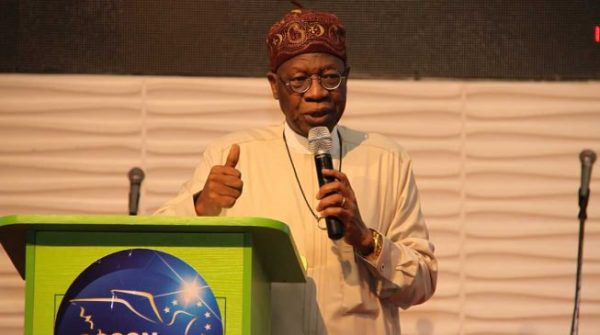 The Federal Government has restated its position that the opposition party is planning to sabotage the adminstration of President Muhammadu Buhari.

Lai Mohammed, Information Minister, had on Wednesday claimed intelligent reports at his disposal showed the opposition party is planning to make the country ungovernable for Mr Buhari.

Atiku Abubakar, the presidential candidate of the Peoples Democratic Party (PDP) and his party were those fingered as the arrowheads of the plan.

Mr Abubakar, a former vice president, denied knowledge of the alleged plan, saying even those who employed Mr Mohammed know him as a liar.

But the Information Minister has restated his position adding that the government is in possession of evidence to back up its claim.

“As you are aware, a few days ago we raised the alarm that either by themselves or via their proxies, the PDP and its presidential candidate are doing everything possible to sabotage the Buhari Administration, generally overheat the polity and make Nigeria seemingly ungovernable,” the minister said on Saturday at the 12th annual Lai Mohammed Ramadan lecture in Oro, Kwara state.

“Of course you are aware of similar alarms that have been raised by the police, the military and the DSS.

“Our interventions are based on credible evidence, and no government with the kind of evidence that we have, of plans to subvert the power of the state, attack the nation’s economic live wire and generally unleash mayhem on the polity, will keep quiet.

“The security agencies are all alert to their responsibilities and will not sit by and allow anyone to reverse the gains of our democracy under any guise,” he added.