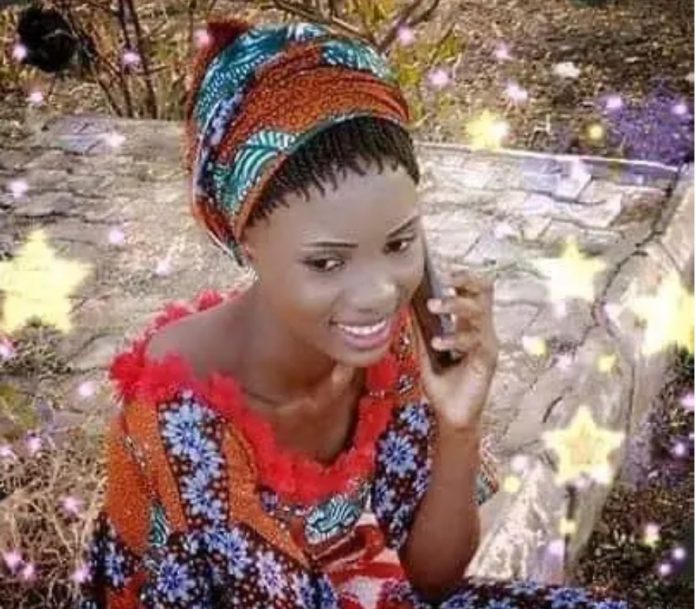 The murder of Deborah on May 12, 2022, by a mob in Sokoto state, can neither be excused nor justified under any guise.

As with many religiously motivated acts of violence, the perpetrators and their supporters will try to make the point that Deborah committed the crime of blasphemy and so she deserved to die. They will tell you that the punishment for blasphemy in Islam is death, and so they did the right thing by killing her.

However, everything we do as a people within the walls of this country called Nigeria must be done as stipulated by the 1999 Constitution of the Federal Republic of Nigeria. There are no exceptions. It is through the Constitution that Sharia courts derive their legitimacy by virtue of sections 4(7), 6(4)(a), and 6(5)(k).

Therefore, Sharia law which Sharia Courts use cannot operate outside the confines of the same Constitution through which they derive their legitimacy. In essence, Sharia law does not exist in a sphere that is independent of the Nigerian Constitution.

It is because section 6(5)(k) of the Constitution empowers a House of Assembly to create courts with respect to which a House of Assembly has the power to make laws, that State Houses of Assemblies in the Northern parts of Nigeria enacted their various Sharia Penal Code Laws.

Crime is a matter with respect to which the House of Assembly of a State may make laws.

“AND WHEREAS every person in the State is entitled to respect for the dignity of his person and is guaranteed the rights to fair hearing, freedom of thought, conscience and religion amongst other fundamental Human Rights enshrined under Chapter IV of the Constitution.

“AND WHEREAS by the provisions of S. 4(7) of the Constitution, the House of Assembly of the State is vested with legislative powers to make laws for the peace, order and good government of the State or any part thereof:

“AND WHEREAS by the provisions of S. 6(4)(a) of the Constitution the House of Assembly of the State is not precluded from establishing courts with subordinate jurisdiction to the High Courts (other than superior courts of record) as provided in S. 6(5)(a)-(j) of the Constitution;

“AND WHEREAS by the provisions of S. 6(5)(k) of the Constitution such other courts may be established and authorised by Law to exercise jurisdiction at first instance or on appeal on matter with respect to which the house of Assembly of the State may make laws.

“AND WHEREAS the State desires to establish Sharia Courts in the State to exercise all civil and criminal jurisdiction.

From the Preamble, it is apparent that in the process of enacting the law, the Kaduna State House of Assembly was not oblivious of the core values of Federalism, Democracy, and Social Justice as guaranteed under Chapter 1 of the Constitution.

The preamble also recognises and acknowledges that every person in the State is entitled to respect for the dignity of his person and is guaranteed the rights of fair hearing, freedom of thought, conscience and religion amongst other fundamental Human Rights enshrined under Chapter IV of the Constitution.

The issue gets even more interesting. The same Constitution in section 33 guarantees that every person has a right to life, and that “no one shall be deprived intentionally of his life, save in execution of the sentence of a court in respect of a criminal offence of which he has been found guilty in Nigeria”.

Does Sharia law provide anything contrary to section 33 of the Constitution? No. Was Deborah Samuel found guilty for any criminal offence? Was she killed in the execution of a sentence of court? The answer is no.

The argument that she committed an offence for which she was apparently or obviously guilty of under Sharia law is not a valid argument. Only a court of competent jurisdiction can decide whether someone who has been accused of committing a crime is guilty or not.

Furthermore, section 36(5) of the Constitution guarantees the presumption of innocence; “every person who is charged with a criminal offence shall be presumed to be innocent until he is proved guilty”. That presumption can only be taken away by a court of competent jurisdiction upon a finding of guilt by the same court.

Was there a trial by a court of competent jurisdiction where Deborah Samuel was found guilty of the offence of blasphemy? No.

But let’s even pretend for a moment that she was not killed. Let’s pretend she’s still alive. Let’s pretend she is charged before a Sharia Court in Sokoto State for the offence of blasphemy. What does every Sharia Court Law say about a person who isn’t a Muslim? Again, using the SPCL of Kaduna State as a case study, section 20 of the law provides that “persons subject to the jurisdiction of Sharia Courts are persons of the Islamic Faith or any other person in a cause or matter in which he consents in writing to the exercise of the jurisdiction of the Sharia Court”.

The wisdom behind making Sharia law to apply only to Muslims is to preserve the freedom of thought conscience and religion as guaranteed by the Constitution. Muslims believe, voluntarily, in Sharia, so they can be bound by it. Those who are not Muslims and do not believe in Sharia law cannot be bound by it. Making Sharia law to apply to only Muslims is also in consideration of the fact that Nigeria a multi-religious and a multi-cultural society.

Was Deborah of the Islamic faith? No. She therefore could not have been subject to Sharia law.

This is not to say that in Nigeria, blasphemy is legal. It isn’t. In every state in Nigeria, there are laws that prohibit blasphemy, one way or another. Section 124 of the Lagos State Criminal Law generally criminalises insult to religion and provides a punishment of imprisonment for two years or a fine of Fifty Thousand Naira.

Under the Lagos law, it doesn’t even necessarily have to be blasphemy. The law provides that “any person who does an act which any class of persons consider as a public insult on their religion, with the intent that they should consider the act an insult, and the person who does the unlawful act with the knowledge that any class of persons will consider it an insult, is guilty of a misdemeanor, and is liable to imprisonment for two years or a fine of Fifty Thousand Naira (N50,000)”.

The most important thing, perhaps the only important thing at the moment, is that the murderers are arrested and prosecuted. Let them, together with their supporters, present the argument in court that she blasphemed and that was why they killed her.

Then they will learn that her blasphemy does not excuse their murder. That jungle justice, or in this case jungle injustice, is not permissible under our laws. That only a court of competent jurisdiction has the power to decide whether a person is guilty of a crime.

When it is Boko Haram, armed bandits, armed secessionists, or other purveyors of violence in Nigeria, we say they hide in bushes, therefore they are difficult to defeat. In this case there are no excuses. This act was carried out supposedly by students of a government institution, or at least by people who reside or carry on business around that area, and it was recorded.

I cannot picture a scenario in which at least the core conspirators are not arrested and prosecuted. Anything short of that would signal complicity on the part of the Police, and the Sokoto State Government. More dangerously, it would legitimise the action of the mob.

Saidu Muhammad Lawal is a legal practitioner in Nigeria. He can be reached on Twitter @SaiduML