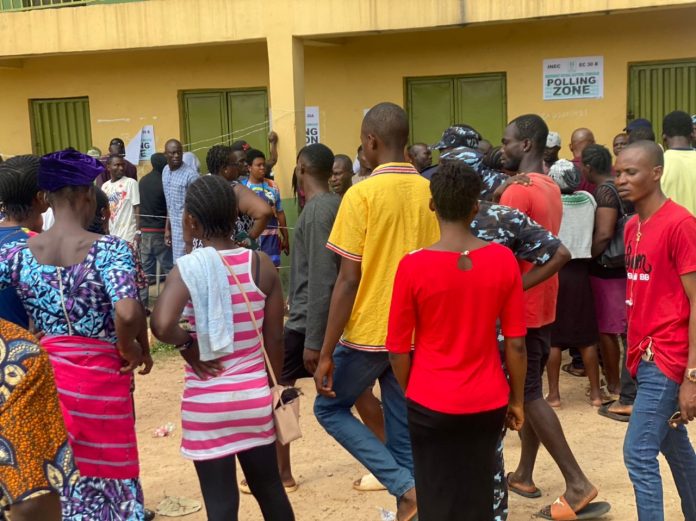 Electorates throng out Saturday morning to elect who should pilot the affairs of the state for the next four years.

Although they are a total of 16 political parties participating in the election, it it largely seen as a three-horse race consisting of the All Progressive Congress (APC) Peoples Democratic Party (PDP) and the Social Democratic Party (SDP).

Agents of the APC are reported to be buying votes at N10,000 each, their counterpart in the PDP are said be offering N5,000 per vote while those of the SDP doled out N3,000 to eligible electorates.

The electoral malpractices went on unchecked while some security agents watched except for those arrested by operatives of Economic and Financial Crimes Commission (EFCC) and paraded at the Oke Ori Omi Area Division of the Nigerian Police Force (NPF).

As at press time, voting at most polling units across the 16 local government areas in the state have been completed and counting is ongoing.