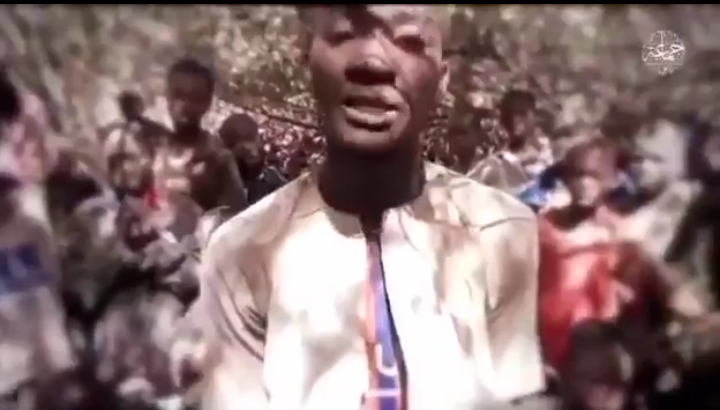 One of the schoolboys abducted by Boko Haram terrorists last week has pleaded with President Muhammadu Buhari to withdraw troops sent to rescue them.

The young lad whose name is unknown at the time of publishing this report made the plea while appearing in a video clip released by the terrorist group.

He said some of the abducted students were killed during the attack.

“All the armies that have come here to help us, please send them back,” the boy said using english, “they (soldiers) can do nothing to them (Boko Haram terrorists) please,” he added before reverting back to local lingua franca.

One of the #KankaraBoys abducted speaks, pleads for help.

He and over three hundred students of the Government Science Secondary School in Kankara Local Government Area were kidnapped late Friday.

Meanwhile, the state governor, Aminu Masari, has confirmed the government was in talks with the kidnappers using Miyetti Allah Cattle Breeders Association of Nigeria (MACBAN) as an intermediary.