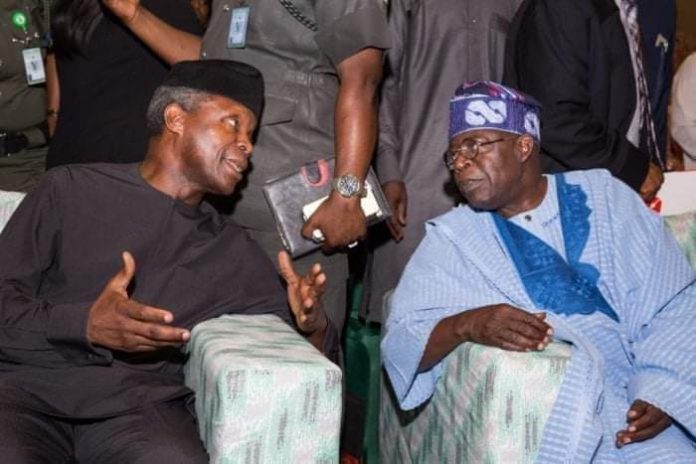 Bola Tinubu, frontline presidential aspirant on the platform of the All Progressive Congress (APC) says his rival, Vice President Yemi Osinbajo, is not his political son.

Mr Tinubu stated this on Monday while reacting to the declaration of his attorney-general and justice commissioner during his days as Lagos governor.

Mr Osinbajo declared interest to succeed his principal President Muhammadu Buhari early Monday morning. Hours before the expression of interest, he met with state governors of the ruling party, informing them of his aspiration.

The state governors also met with Mr Tinubu, hours after the declaration of the Vice President regarded as his (Tinubu’s) political son, having played a vital role in his (Osinbajo’s) emergence as the running mate of the president during the 2015 general election.

Asked to react to the declaration, the APC chieftain retorted, “I have no son grown enough to declare.”

Meanwhile, a supporter of the former governor has asked the Vice President to withdraw from the race as a sign of respect to his former boss.