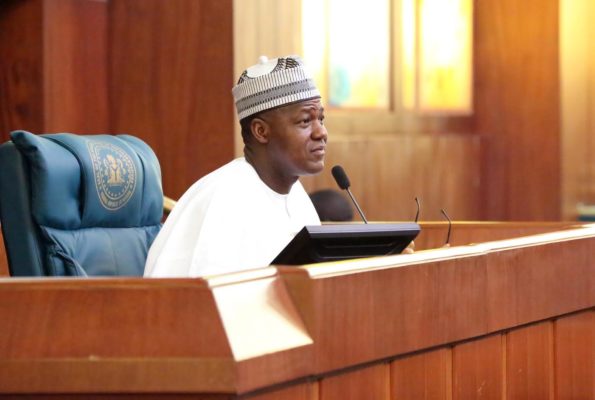 Yakubu Dogara, the Speaker of the 8th House of Representatives, has said Bola Tinubu, a national leader of the All Progressive Congress is not loyal to President Muhammadu Buhari.

Mr Dogara stated this while responding to the attack on him by the former governor of Lagos State.

Mr Tinubu had on Sunday accused the lawmaker alongside Bokula Saraki, Senate President, of padding and delaying the passage of the nation’s budget.

But in his response on Tuesday, the Speaker said those who delayed the budget are agents of the executive arm headed by President Buhari.

In a statement signed by his Media Aide, Turaki Hassan, the lawmaker stated that the loyalty of the APC chieftain should be doubted as he is only pretending.

“When the history of Buhari’s administration is written by those who know the truth of what really transpired in the last four years, Asiwaju’s pretentious loyalty to President Buhari will then be exposed. We won’t say more but no matter how long it may last, the truth will one day overtake lies,” Dogara said.

He said the former governor was still bitter about his emergence as the speaker of the lower chamber.

“Asiwaju is still bitter about the leadership contest for Speakership of the 8th Assembly, even though the actors have moved on culminating in Speaker Dogara magnanimously facilitating the appointment of his opponent in the race and Tinubu’s protege as House Majority leader,” he said.

The speaker also described the former governor who was once a Senator as one who is ignorant of the budgetary process.