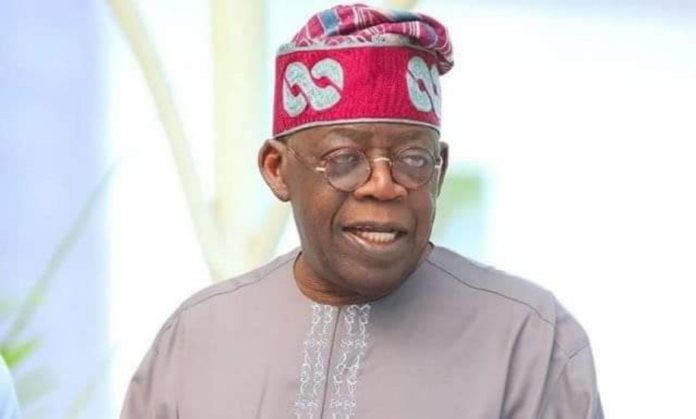 Presidential hopeful, Bola Tinubu, says Nigerians called on him to succeed President Muhammadu Buhari in office and he wants to do so without offending the Nigerian leader.

Mr Tinubu, an ally of the president, stated this on Saturday in Ogun where he went to inform the Alake and paramount ruler of Egbaland, Michael Gbadebo, of his life-long presidential ambition.

The national leader of the All Progressive Congress (APC) had last month notified the president of his intention to vie for the exalted position during next year’s general election.

At the palace of Alake, he said Nigerians were pressuring him to contest for the position after becoming governor at the age of 50.

“The people said, this time around I should run for the President of the Federal Republic of Nigeria,” Mr Tinubu told his host. “I told them that we have elected someone there and I don’t want to pull the carpet from his feet.”

Mr Tinubu said the call necessitated him to, first of all, notify the outgoing president who refused to name his preferred successor over fears of his candidate being assassinated.

“As the number one citizen, I should start my bid by informing you first, and he (Buhari) told me to inform the whole world, and I have done that.

“I’m here to tell you (Alake) that, I want your prayers and I want to inform you that I want to become the President.”

Welcoming him, Mr Gbadebo prayed to God to that the heart desires of the presidential aspirant be granted.