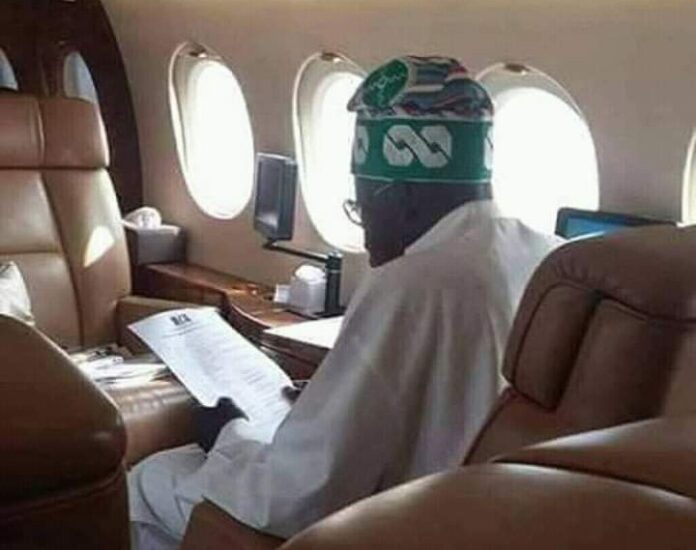 Frontline presidential aspirant, Bola Tinubu, has reported jetted out of the country to rest after consulting stakeholders over his 2023 presidential ambition.

Mr Tinubu, a former Lagos State governor, declared his interest in the presidential race on January 10, after meeting with President Muhammadu Buhari.

Briefing journalists weeks ago after the meeting at the presidential villa, Tinubu said the ambition has been a life-long one.

Citing the absence of the national leader of the ruling party on Thursday during the inauguration of Asiwaju Bola Ahmed Tinubu (ABAT) one of his political mercenaries, Arise TV, reports that the former governor has left the country to take a rest from multiple consultations he had in recent times.

The television station did not name the country he journeyed to but Tinubu last visited the London where he went for a knee surgery and spent months before returning last year October.

Tinubu has met prominent Nigerians, including former military ruler Ibrahim Babangida who advised Nigerians not to elect someone older than himself as president during the next general election.

While playing host to women leaders of his party in Abuja, he recently promised to pay the West African Examination Council (WAEC) examination fees of every student if elected president.