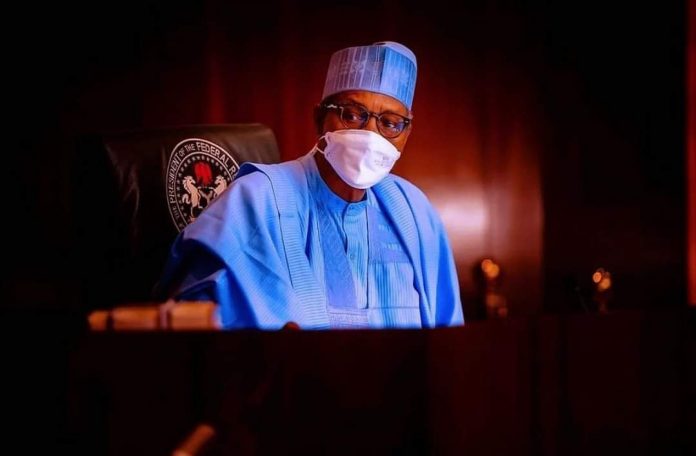 This past week, education came to a halt in Abuja, Nigeria’s Federal Capital Territory (FCT). It began with the order by the Minister of Education, Adamu Adamu, on July 25, closing down all six Federal Government Colleges (better known as Unity Schools) in the FCT, while the students were in the middle of their end of year examinations. The reason for this order, according to the Minister was “a security breach on Sheda and Lambata villages, suburbs of Kwali Area Council which also threatened FGC Kwali.” He provided no detail about the nature or extent of the “security breach”.

In a separate announcement issued on the same day, the Education Secretariat of the FCT summarily informed “parents and guardians that the 2021/2022 academic calendar for FCT schools will come to an end on Wednesday, July 27th, 2022.” They did not much care to provide any justification for this measure. The assumption that the reason for the closure of all schools in the FCT was the same as that cited by the Minister of Education when he closed down the Unity Schools, does not necessarily explain the two more days of grace given by the FCT Administration to all the other schools in the FCT.

In the same week, the terrorists also forced Veritas University, a tertiary institution established by the Catholic Church in the FCT, to close down indefinitely.

On the same day that the Minister shuttered the Unity Schools in the FCT, by the way, it emerged that terrorists had killed an officer and two men of the elite Brigade of Guards of the Nigerian Army, who were “reportedly ambushed after they visited the Nigeria Law School in Bwari following a distressed (sic) call from the authorities of the school.” According to the Daily Trust, “the school management was said to have alerted that terrorists had dropped a letter indicating an imminent attack on the school.”

These were not the only soldiers killed in the FCT during the week. The day after the FCT Administration shut down all schools in the Federal Capital, on July 28, armed terrorists reportedly attacked another military unit near Zuma Rock on the border between the FCT and Niger State, killing at least two soldiers in an attack which “lasted for almost one hour”, during which no one in the command structure could mobilise assistance or reinforcements for the besieged soldiers.

This latest cascade of insecurity in Nigeria’s Federal Capital began with the attack on the Kuje Medium Security Prison in the capital city on July 5, in which the Islamic State West Africa Province (ISWAP) killed at least one security personnel and liberated over 900 of the most dangerous terrorists held or convicted by Nigeria in an operation that reportedly lasted over three hours.

Despite being in possession of advance notice of the attack, the administration of General Muhammadu Buhari took no measure to forestall or repel the attack. Instead, it appears they worked hard to encourage it. That is the only way to explain the report that soldiers who are usually on guard around the prison perimeter, were inexplicably redeployed away from that duty post less than 24 hours before the attack, a fact which could only have made the attack a lot easier for the perpetrators. No one has explained satisfactorily or at all how terrorism convicts and suspects of the most hardened type managed to end up in a medium security prison, which is what the Kuje prison is.

A few hours after the Kuje prison break, on July 6, in Dutsinma, Katsina State in north-west Nigeria, a separate band of terrorists attacked General Buhari’s advance team heading to his village to prepare for his arrival for the Eid. On the same day, the Police in the state confirmed that “an assistant commissioner of police Aminu Umar and another police officer were killed in a terrorist ambush in Dutsinma the same day.”

The Kuje prison break was the 14th under the watch of President Buhari, without consequences. His first Interior Minister served a full term. The current one remains in position and so does the president. These prison breaks have correlated positively with metastases of insecurity in the states in which they have occurred. Figures from the monitoring group, Nigeria Mourns, clearly demonstrate that the escalation of insecurity in Imo State and South-East Nigeria, for instance, is traceable to the prison break in Owerri, the Imo State capital on April 5, 2021, from which 1,844 dangerous prisoners and detainees escaped.

President Buhari’s response to this deterioration has been to amass Air Miles on an intense scale. The Kuje prison attack occurred exactly two days after President Buhari returned from a down-time visit to Portugal on July 3. That was his 11th foreign trip in the preceding five months since the end of January, some of them undertaken at less than a whim. During the same period, the security situation in the FCT has gone into a meltdown.

After the Kuje Prison break, General Buhari decided to attend a meeting of his National Security Council on Friday, July 8. Predictably, the meeting was worse than inconclusive. The president, a worshipful Muslim, needed to observe his Jummat prayers on the day and, thereafter, had a flight to catch to his village for the Eid holidays. None of those could wait. Serious deliberations, it appears, were deferred until the president had concluded his Eid holidays. That was not to be until 21 July, by which date the terrorists recently freed from the Kuje Prison had time to deploy in and around the FCT. As this meeting took place, it appears, the terrorists unfolded a campaign of renewed terror within the territory.

With no sense of shame or irony, two days after terrorists killed three staff of his Guards Brigade; the day after his Minister of Education shut down leading public schools in the FCT because of insecurity, and the day before his FCT Administration shut down all schools in the same FCT, on July 26, General Buhari flew off to “Monrovia, Liberia to, among other things, deliver an address bordering on West Africa’s security.”

When Boko Haram abducted 276 students of the Government Girls Secondary School (GGSS), Chibok, in Borno State on April 14, 2014, it was novel, and unheard of. The incident triggered a high level presidential panel led by a former head of the Directorate of Military Intelligence (DMI), a Safe Schools Initiative, and an international campaign to #BringBackOurGirls. The All Progressives Congress (APC) created in the same year and led by Muhammadu Buhari, launched itself onto the political scene by calling on the National Assembly to “impeach President Goodluck Jonathan now.” The entire narrative of the Buhari presidential campaign was then configured around the promise that as a retired General, he knew how to keep the country safe.

On the eighth anniversary of the Chibok Girls abduction in April, a total of 11,536 schools were closed due to insecurity and over 1,500 school children were in captivity, victims of mass abduction. Seven years into his second misadventure in power, Muhammadu Buhari has routinised the mass abduction of school children, democratised insecurity and is now incapable of securing the Federal Capital. The Institute for Security Studies (ISS) in South Africa now hazards that Nigeria under Buhari is “out of security options” and another article published by Al-Jazeera in the past week said that “Nigeria’s security forces are no longer able to protect themselves, let alone the public.”

At the beginning of the year, General Buhari informed Nigerians that he is tired and could not wait to return to his village. Six months later, in June, he announced that the job of president is “tough” saying “I am eager to go.”

The first job of a president and commander-in-chief is not merely to protect his country; it is, even more, to protect his capital city. Above all, it is to care about his people. It is now clear that as President, Muhammadu Buhari is unable and unwilling to do any of these and is indeed incapable of doing so. In the circumstance, there is no case for him to continue as president. Nigerians should grant him his desire to retire.

The only option left in democratic politics is for the National Assembly to remove him through the process of impeachment. That is their democratic duty under the constitution. The cost of continuing to keep Buhari in office is the destruction of whatever remains of Nigeria. No one, surely not Buhari, is worth the price of the country. It is now time for the National Assembly to fulfill this duty and impeach Muhammadu Buhari as the president of Nigeria.