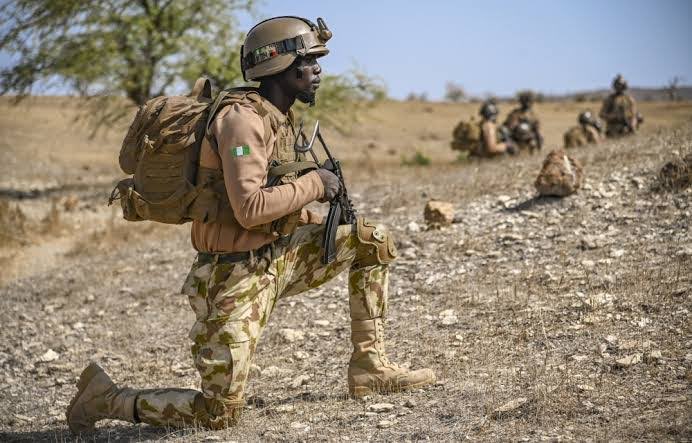 The Brigade usually stationed at the presidential villa is responsible for guarding and protecting the president against enemy forces.

The ambush was carried out hours after the terrorist sect threatened to abduct and kill President Muhammadu Buhari and Kaduna State governor, Nasir El-Rufai, indicating their threat was no bluff.

“Troops on routine patrol along Kubwa–Bwari were ambushed by suspected terrorists,” reads the signal message first seen by The Tribune. “Three soldiers were injured during the attack. The soldiers have been evacuated for medical attention. Details on the extent of their injuries are still under confirmation.

“The ambush attack happening within the general area of Bwari shows that the terrorists are actually within the location and possibly preparing to carry out their plans to attack the law school in Bwari as earlier reported,” the signal message added.

A source who spoke to The Tribune said the officers had fought gallantly to repel the attack by the criminal sect.

Meanwhile, Captain Godfrey Anebi Abakpa confirmed the attack without providing details when he was reached by the news medium.