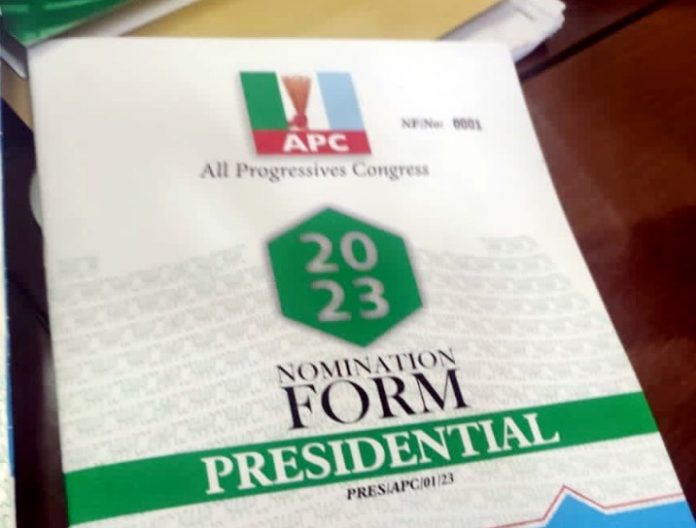 Friends of Senate President Ahmed Lawan on Monday purchased the All Progressives Congress (APC) nomination and expression of interest forms for him.

Led by Sam Nkire, a member of the national caucus of the party, and 15 Senators, the ‘friends’ presented the forms to Mr Lawan at the International Conference Centre on Monday in Abuja.

With this development, the senate president has officially joined the increasing number of APC presidential aspirants running for the highest office in the land.

Similarly, supporters of Governor Ben Ayade of Cross River and Minister of State for Petroleum Resources, Timipre Sylva, also presented them with the APC presidential nomination and expression of interest forms.

The trio are the latest APC members to have their forms purchased on their behalf by supporters. Mr Sylva, however, is yet to declare his intention to contest for president.

Governor Ayade on the other hand had in late April declared an interest to run for president, stating then of how he had received approval from President Muhammadu Buhari.

Speaking in Abuja on Monday while accepting the forms, Mr Ayade said he has governed Cross River state well and was poised to do the same for the entire country.

This brings to 26 the number of APC presidential aspirants to pick the N100 million expression of interest and nomination forms ahead of the May 30 primary election.