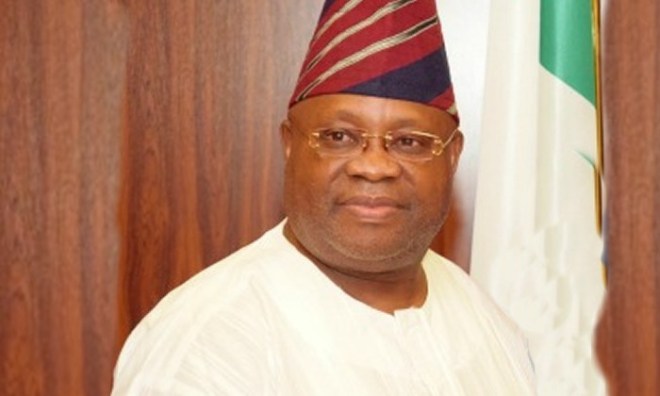 Osun governor-elect, Senator Ademola Adeleke, has been affirmed as the gubernatorial candidate of the Peoples Democratic Party (PDP) by the Supreme Court.

The apex court, in a unanimous judgment by a five-man panel of justices, on Thursday dismissed the appeal filed against Adeleke by Prince Dotun Babayemi, who contested a parallel governorship primary election of the party.

Counsel to the Appellant, Mr. Adebayo Adelodun (SAN) withdrew the appeal after the panel led by Justice Amina Augie drew his attention to the fact that the case was statute barred.

The panel had maintained that the appeal was incompetent, stressing that it was filed outside the 14 days period provided by the law.

In his judgment on the matter on May 18, Justice Nathaniel Ayo-Emmanuel of a Federal High Court, sitting in Osogbo, had upheld the governorship primary that produced Adeleke.

Also, the Court of Appeal, Akure Division, in its judgment of July 20 on the appeal filed against the decision of the Federal High Court, Osogbo, affirmed the judgment of the lower court and dismissed Babayemi’s appeal.

Members of the PDP loyal to Adeleke had gathered at the Ede home of the governor-elect singing and dancing as the news of the apex court verdict filtered in.