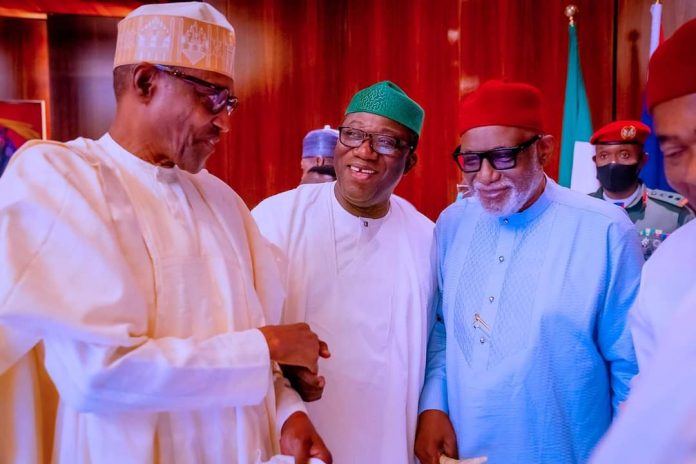 President Muhammadu Buhari says he will pick his successor in office like some state governors have been doing while leaving office.

Mr Buhari stated this on Tuesday during a meeting with governors of the All Progressive Congress (APC) in Abuja.

He sought the support of the governors to ensure his preferred candidate who will emerge at the party’s national convention at the weekend wins next year’s presidential election.

“…The Party has successfully established internal policies that promote continuity and smooth succession plans even at the state and local government levels,” the Nigerian leader noted. “For example, first term Governors who have served credibly well have been encouraged to stand for re-election. Similarly, second term Governors have been accorded the privilege of promoting successors that are capable of driving their visions as well as the ideals of the party.

“In a few days, the Party will be holding its Convention during which primaries would take place to pick the Presidential Flag Bearer for the 2023 General Elections. This is a very significant process and its outcome should prove to the world, the positive quality of the APC regarding democratic principles, culture as well as leadership.

“As we approach the Convention, I appeal to all of you to allow our interests to converge, our focus to remain on the changing dynamics of our environment, the expectations of our citizens and the global community. Our objective must be the victory of our party and our choice of candidate must be someone who would give the Nigerian masses a sense of victory and confidence even before the elections.

“In keeping with the established internal policies of the Party and as we approach the Convention in a few days, therefore, I wish to solicit the reciprocity and support of the Governors and other stakeholders in picking my successor, who would fly the flag of our party for election into the office of the President of the Federal Republic of Nigeria in 2023,” Mr Buhari added.

His position indicates that the concensus method the ruling party used in picking its present National Working Committee (NWC) will again come to play at the weekend.

This is certainly not going to augur well with some aspirants who have expressed displeasure at the decision. One of them, Bola Tinubu, who occasionally decides who becomes governor of Lagos State, had recently described the concensus method as undemocratic, calling for the race to be thrown open for all interested participants.

Mr Tinubu informed the president of his intention to succeed him in office, claiming he has the president’s support but politically analysts who often quote the president who preferred to keep his successor to his chest, are saying the opposite.