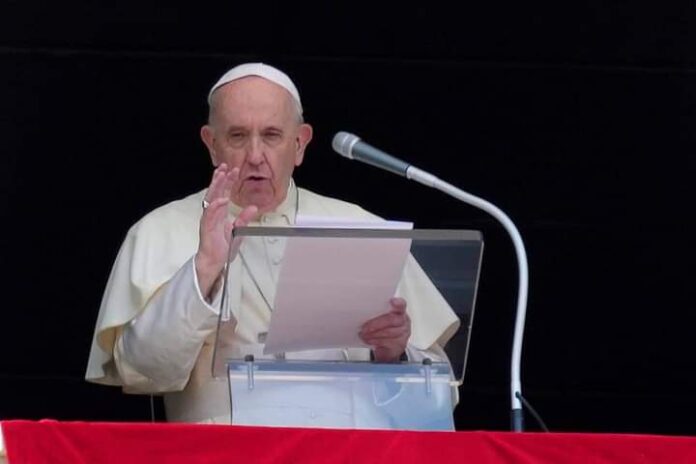 Pope Francis has asked President Muhammadu Buhari to ensure the safety of all Nigerian citizens.

Speaking at Wednesday’s general audience at the Vatican City, the Pope condemned the insecurity in northern Nigeria and expressed solidarity with Nigerians over the killings in Kaduna state at the weekend.

Eight people sustained injuries during the attack while about 20 houses were said to have been burnt by the bandits.

The Pope prayed for those who lost their lives in the attack and said he hoped the safety of citizens will be guaranteed.

“I learnt with pain the news of the armed attacks that took place last Sunday against the villages of Madamai Abun in Northern Nigeria,” he said.

“I pray for those who have died, for the injured and for the entire Nigerian population. I hope that the country always guarantees the safety of all its citizens.”

The Pope has in recent times condemned abductions and attacks in Nigeria.

In February, he condemned the kidnapping of more than 300 students of Government Girls Secondary School, Jangebe in Talata-Mafara local government area of Zamfara state, which he described as “vile”.