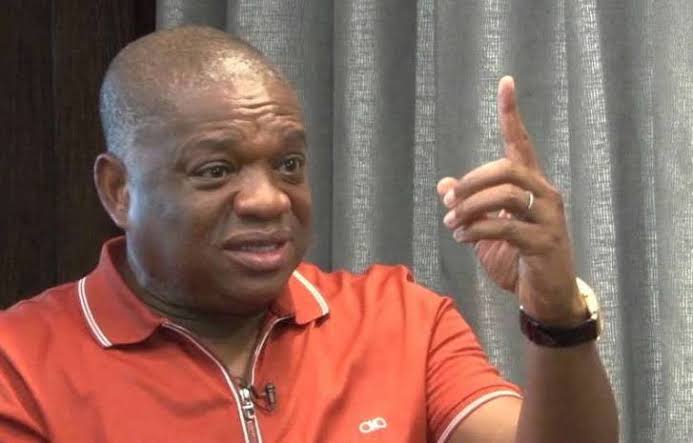 Orji Uzor Kalu, Senate Chief Whip has charged state governors to stand up and fight insecurity in their domains and not wait for President Muhammadu Buhari whom he said has done very well.

Mr Kalu who gave the charge on Thursday on Arise TV exonerated President Muhammadu Buhari, who is in charge of all the security apparatus in the country, of blames over rising insecurity.

He praised the president, saying he has done well despite rising reports of killings and kidnappings across the country.

“The issue is not Buhari. The issue is that if every governor is putting their feet down in their state and say you cannot do this thing here, we would not be where we are,” the former Abia governor explained, forgetting state governors in the North who granted bandits amnesty and regretted later after realizing the initiative did not yield the expected fruits.

The presidential hopeful who currently represent Abia North at the Senate also narrated how he tackle insecurity in his state when in held sway as governor from 1999 to 2007.

“If you (governors) don’t want them (criminals), they won’t be there,” he said. “Governors need to stand up and fight the war, I am pleading with them, more of those fights lie with the governors, not with Buhari.

“Most of the state governors are not doing well. Buhari’s administration has done very well even in fighting banditry, but we don’t have enough resources to fight these people.

“I will rate Buhari’s administration very highly. If Buhari did not come in maybe we would not have Nigeria by now, the way things were going,” he added.

The former governor might be trying to please the president whom he is hopeful of succeeding in office. TODAY POLITICS recalled that the Buhari regime frowned at state governors who in the past tried to compliment the efforts of security agencies.

When state governors from the South-West geo-political zone floated Amotekun, a regional paramilitary aimed at combating violent herdsmen, the Buhari administration frowned at it and insisted the outfit must be annexed to the police under its supervision.

Also, the regime opposed calls for the creation of state police, arguing that the governors will abuse and treat it same way local government areas are treated nationwide.