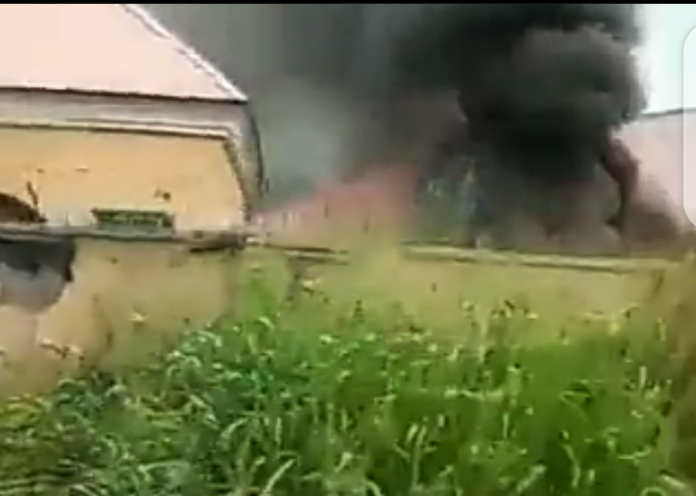 The operational base of the State Security Service (SSS) in Nnewi, Anambra State, has been set ablaze, Multimedia reports showed.

A one-minute-forty-seconds video clip by Voice Nigeria circulating on social media showed residents running from their dear live as sounds of gun shots rend the air.

A man behind another video clip of the incident said up in flames also is the office of the Federal Road Safety Corp (FRSC) in the Igbo speaking area Sunday morning.

The properties are suspected to have been razed down by unknown gunmen which has stepped up attacks on public infrastructures in the South-East region.

Peter Afunanya, spokesman of the secret police was not reachable for comments as at press time.