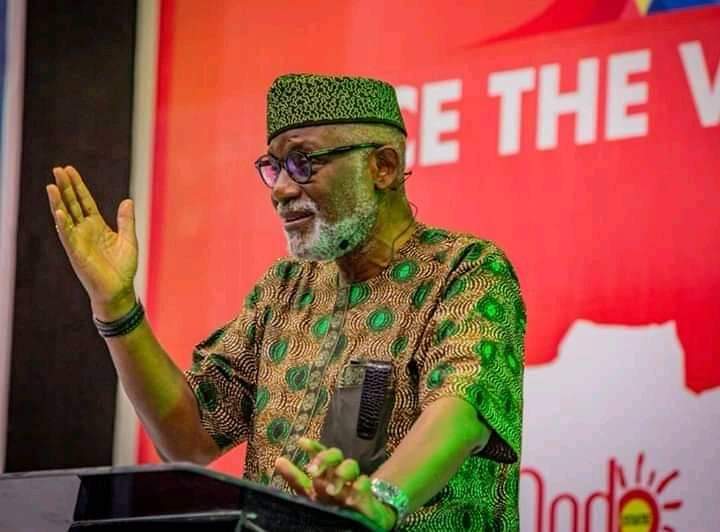 Governor Rotimi Akeredolu of Ondo State says the South-West, the Yoruba dominated geo-political zone, must produce the next democratically elected leader of Nigeria as President Muhammadu Buhari’s tenure winds down.

Mr Akeredolu stated this on Sunday at the 40th Holy Ghost Convention Dinner of the Sword of the Spirit Ministries held at the International Conference Centre, University of Ibadan, Ibadan, Oyo State, despite his All Progressive Party (APC) picking Bola Tinubu, a former Lagos governor as its presidential candidate.

The Ondo helmsman who insisted power must return South argued that there will be consequences should a Northerner retain power at the expiration of Buhari’s tenure next year.

“Take it or leave it; it is the minimum we can get. It must come to the South,” the chairman of the Southern Governors Forum asserted. “The North cannot produce a president for eight years and still wants to retain it for another eight years. It is not going to work.”

He narrated how he and other of his colleague-governors fought to ensure that Mr Tinubu emerged candidate of the APC.

“Luckily, it did not only come to South; it came to the South-West. Now, where do we stand?” Mr Akeredolu queried.

Mr Buhari, a Northerner from the North-West, is expected to step down at the end of his tenure but some persons around him are said to be backing the candidate of the Peoples Democratic Party (PDP) Atiku Abubakar, another Northerner to succeed their principal, after failing to get their preferred candidate to clinch the APC ticket.

Governor Nyesom Wike of Rivers State gave life to the scheming, last week, when he revealed that Mr Abubakar and the chairman of the opposition party, Iyorchia Ayu, were arrogant because of the presidential backings they were getting from the seat of power.

Already, mass defection have been reported in three core Northern states as defectors switched to the PDP from the APC last week.