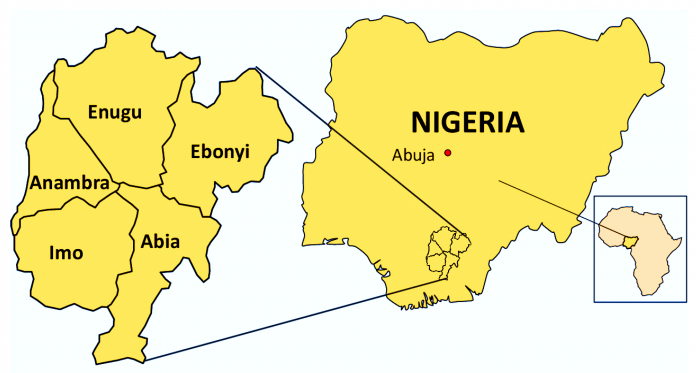 When police stations, police and military checkpoints, offices of the Independent National Electoral Commission, and prisons in the South-East were being attacked by an unidentified group later named “unknown gunmen,” many people from the region, especially those with sympathies for the separatist group, Indigenous People of Biafra, applauded them. Their argument was that the police and the military had killed a lot of innocent members of IPOB and other people and deserved whatever they got. But many people warned that such attacks should not be applauded, because violence begets violence and soon gets out of hand.

It happened in the early years of the first decade of the 21st century in the Niger Delta. The Niger Delta militants began kidnapping expatriate oil workers for ransom. The kidnapping was justified by many people because the victims were white folks. But soon, the kidnappers ran out of white victims and targeted politicians and their parents. People still justified it. Then politicians beefed up security around themselves and their loved ones. Kidnapping had become lucrative, attractive and difficult to stop. More people joined and everybody became a target. It then spread to the South-East, South-West, and other parts of the North and became a Nigerian problem.

The same thing happened with Boko Haram. They started with suicide attacks on police formations. Many Northerners hailed them as modern-day Voltron. They attacked churches, the United Nations headquarters, newspaper offices, town union meetings. They still received tacit support, since they were attacking outsiders or “infidels”. They were seen as a group which had come to sanitise the dirty stables of Nigeria and install pure and blissful Islam. Even the current President, Major General Muhammadu Buhari (retd.), made the famous (or infamous) statement that an attack on Boko Haram was an attack on the North.

Northerners who condemned Boko Haram were demonized as saboteurs. Many of them were attacked and even killed as enemies of Allah.

Then, Boko Haram began to attack mosques. They attacked markets and other public places and killed Muslims, Christians, animists, atheists, agnostics from different parts of Nigeria. They attacked schools and abducted schoolchildren.

A new phase then arose: the phase of denial. The former hailers of Boko Haram activated their propaganda machine. The new story was that the attacks were not perpetrated by Northerners or Muslims but by Dr Goodluck Jonathan (who was the President then) and Lieutenant General Azubuike Ihejirika (who was the Chief of Army Staff) – both of whom were Southerners and Christians. Even a former minister, now a state governor, made innuendos about Jonathan being behind the Boko Haram attacks. Stories of how some Boko Haram people were captured and found to be Christians from the South were shared by those in denial. But Boko Haram continued with the attacks unperturbed. Soon, the hailers and non-hailers found out that they could no longer return to their hometowns or visit certain parts of their regions.

Today in the South-East, the hailers of the violence perpetrated by the so-called unknown gunmen are in the second phase: denial. The reason is that Igbo civilians are being murdered. The hailers are busy crafting conspiracy theories of how those behind the attacks in the South-East are members of the Department of State Services (the intelligence agency), the ruling All Progressives Congress, Buhari’s agents, Fulani herdsmen, politicians, etc. The sweet thing about denial is that it exonerates us and blames someone else. But denial does not take the problem away.

People have been arguing back and forth whether the violence in the South-East is being perpetrated by IPOB, but many people don’t get the point that such an argument is useless now. It does not matter anymore who are behind the killings. What matters is that the South-East is burning and there is no sign that it will stop soon. Both the hailers and non-hailers are not safe anymore.

The seed of today’s violence was sown when the Nigerian security operatives responded to anything concerning IPOB with lethal force, leaving sorrow, tears and blood behind. That seed was then watered with IPOB leadership’s adoption of threats, orders, and acerbic language as the normal form of communication. Any person with a different view was tagged a saboteur, an efulefu (a worthless human being), an illegitimate scion of the Fulanis, or an otellectual (an intellectual who reasons from the anus), and demonised as an enemy of the “freedom of Biafra”. Nobody needs to even directly order a physical attack on those who have been so demonised. Overzealous members or sympathisers can take it upon themselves to do so and feel justified for carrying out such a noble duty for the sake of freedom! If you doubt this, please watch the film The Wave.

This was also replicated in 2011 by Buhari’s supporters when he lost the presidential election as well as in the United States on January 6, 2021 by Donald Trump’s supporters when he lost the election. Even though it has never been proved that Buhari and Trump directly ordered their supporters to engage in the attacks, their speeches and body language were perceived to have watered the ground for that. Conversely, when the dictatorship of General Sani Abacha accused the National Democratic Coalition of being behind the assassinations taking place while he was in power, most people did not believe it, because NADECO was not known to issue threats or use caustic language against its opponents.

A big example of this issue is the way IPOB repeatedly announced that it had suspended the Monday sit-at-home but some people continued to enforce the order. In every organisation, there are moderates and die-hards. Once the ground is watered with intolerance of dissent or opposition, if the moderates take a decision, the die-hards may choose to disobey it with the belief that they need radical actions to achieve the mission of the organisation faster.

With the police and the military decimated in the South-East by unknown gunmen, those with criminal tendencies can seize the opportunity and kill their enemies. After all, who is there to mark the register of who deserves to live or die?

Without pre-empting investigation into the brutal killing of Dr Chike Akunyili, widower of the late former minister of information, Prof Dora Akunyili, there are comments that suggest that he might not have been targeted for elimination. It is said that he became a target because he was in a convoy with military escorts. In a land where police and soldiers are killed and such is hailed, every person with escorts is seen as the enemy. Dr Akunyili was not a politician. He was not driving on a Monday to be accused of breaking the suspended but enforced sit-at-home order. His car or possessions were not stolen. His late wife is seen in the South-East as a heroine. He was in a traffic jam in Nkpor close to Onitsha in Anambra State. Then, he was spotted and shot.

Although brutally wounded, he lay in the pool of his blood on the road, moving his body and silently asking for help. Nobody had the courage or humanity to help him until he bled to death – a doctor who saved lives for over 40 years could not be helped when he needed medical help most. The fear of incurring the wrath of those who shot him was a factor. The fear of helpers being accused by the police of killing him was another factor. The assumption by onlookers that he must have been an enemy to warrant being shot was another factor. If he was killed because he had escorts and looked like one of the “enemies of the people,” it still goes back to the negative in applauding the violence perpetrated by unknown gunmen.

The South-East is bleeding. People are fleeing. Sadly, it still looks like morning. All hands must be on deck to get to the root of this violence and stop it. Whoever knows what should be done to stop it needs to do it. No society gains from violence. No society grows when there is insecurity.