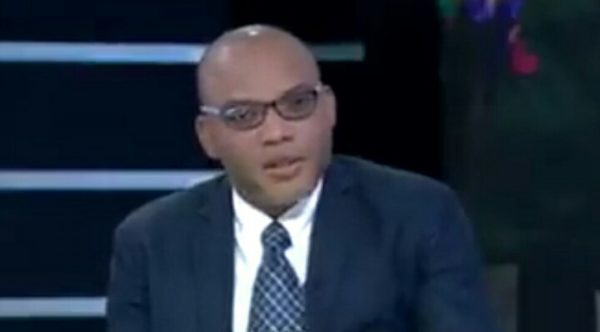 Nnamdi Kanu, leader of the Indigenous People Of Biafra (IPOB) was not arrested and extradited from London or the United Kingdom, where he is believed to be hiding, a government source has said.

Mr Kanu fled the country in 2017 when military personnel led siege at his Afaraukwu home in Abia State.

The secessionist leader was tried on treasonable felony and granted bail before the attack on his residence.

On Tuesday, Abubakar Malami, Attorney General of the Federation (AGF) announced the extradition of the IPOB leader. Mr Malami was silent on where the fugitive was arrested and extradited back from.

But a government source who confided in Sahara Reporters said Kanu was not arrested in the United Kingdom as speculated but was picked up in an African country he refused to name.

The source said the family of the secessionist leader knew when he was being trailed by the Nigerian government.

“He was not arrested in London or anywhere in the United Kingdom,” the source said. “Diplomats confirmed that Kanu was picked up somewhere in Africa.

“The family and IPOB are very unhappy. Apparently, they have known about the trailing and arrest for some time,” it added.

Mr Kanu while being arraigned on Tuesday at a federal high court in Abuja denied jumping bail.