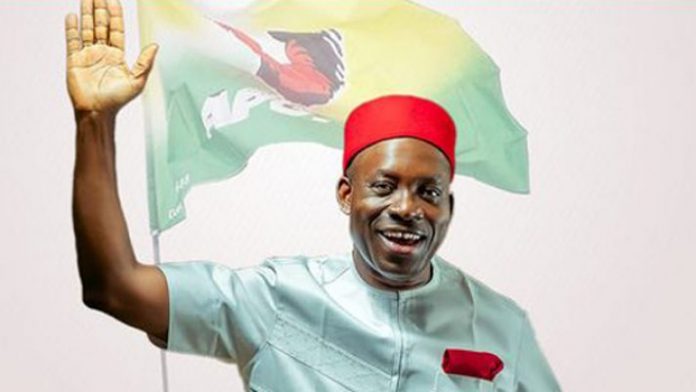 Governor Charles Chukwuma Soludo of Anambra State on Sunday, April 3, 2022 said the state government has the support of the Indigenous People of Biafra (IPOB) agitators on work resumption on Mondays.

Soludo, who spoke in Awka through a widely circulated video on his official Facebook page, said the work resumption would take effect from April 4, 2022.

He said that IPOB which is led by Nnamdi Kanu, had issued a statement stressing its support for the government to end the sit-at-home resolve in the entire Igboland.

“By 11 o’clock tomorrow morning, we will pray for peace and security in our state, the entire south-east and in our country Nigeria,” he said. “The prayer will mark the official end to the Monday sit-at-home. Our children can start going to school on Mondays and not be deprived of the future.”

According to the governor, it did not make any sense when people protested against marginalisation but were marginalising themselves by their actions.

“You stop the children from going to school, whereas others go to school five days in a week. Then, as part of your protest, your own kids go to school for only four days. Then in the next 10 and 20 years, they will remain more marginalised,” he said.

Soludo assured that he was working closely with his southeast counterparts to ensure expeditious justice on Nnamdi Kanu’s case.

He said, “Whatever is happening should happen expeditiously and we expect expeditious justice on his case.

“We cannot for fear of death commit suicide. We must do things the right way for that pepper seller on the road, the vulcanisers, who depend on their daily toil to eat. We cannot afford to fail them.

“Each day you lock people in at home and stop them from getting their daily bread, you are making them poorer,” Soludo said.

The governor called on criminals still hiding in the bush and creating trouble to come out and give up crime.

“Like the Lord Jesus admonished the adulterous woman in today’s gospel reading, go and sin no more. That is the message I’m sending to those hiding in the bush to perpetrate evil to sin no more,” he added.