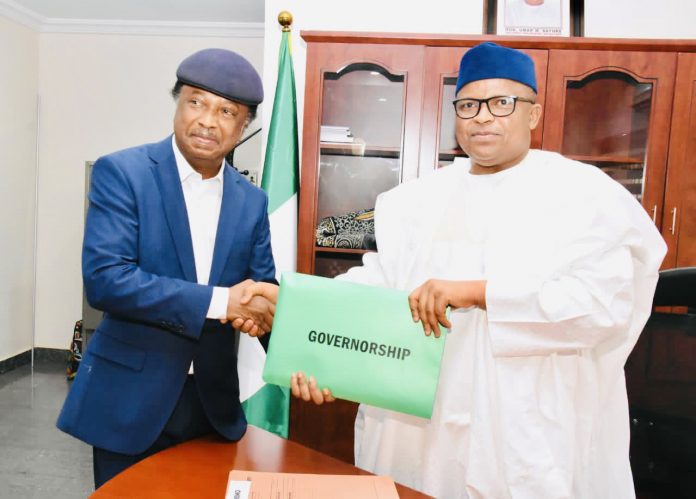 The ex-lawmaker, who intends to run on the platform of the Peoples Democratic Party (PDP), picked up his nomination form in Abuja on Wednesday.

He made this known on his official Twitter handle where he noted that no support group bought the form for him.

“I picked my Governorship form…no be any group buy am for me…I no go lie,” he wrote on his page, alongside pictures of him and some PDP officials including another former senator and National Secretary of the party, Sam Anyanwu.

Mr Sani, who served in the eight Senate under the All Progressives Congress (APC), had dumped the party to join the Peoples Redemption Party (PRP) before the 2019 general elections.

He would later exit the PRP to join the PDP.

He has been a strong critic of the Kaduna State Government as well as the federal government. He has vowed to clean up what he calls the led “mess” caused by the state governor, Nasir El-Rufai, by making it impossible for terrorists to operate in the state if elected in 2023.

The former senator said Kaduna State needs a leader that can lead the battle against bandits and terrorists who have laid siege to the state for a while.

This is even as he complained that the state had never been as divided as it is now under the current governor.