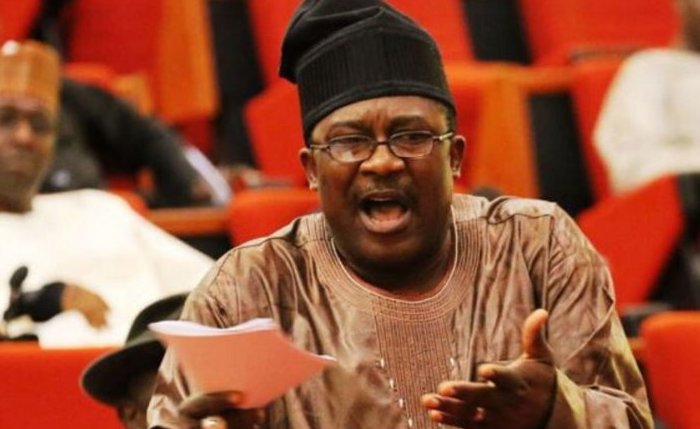 Smart Adeyemi, lawmaker representing Kogi West at the Nigerian Senate has proposed a bill seeking to prohibit same religion ticket by political parties for the position of President and Vice President.

The move comes after the controversial decision of Bola Tinubu, presidential candidate of the All Progressive Congress (APC) which Mr Adeyemi belongs to, picked a fellow Muslim, Kashim Shettima, former Borno governor, as his running mate.

Addressing newsmen on Sunday, the ruling party’s Senator said the legislation will amend the 2022 electoral act.

“I hereby propose an amendment of section 84 of the Electoral Act 2022 by inserting a new sub-section 3,” the News Agency of Nigeria (NAN) quoted him as saying.

“When this is accommodated, it will serve as a guide against any oversight such as this in the future, as further occurrences will be deemed as silent policies which will be capable of bringing down the fabrics of the nation.

“For me, as a statesman, I owe myself the responsibility to speak the truth at all times, irrespective of mischievous misinterpretations,” he added.

The Kogi lawmaker who said he supports the candidate of the party in the next general election, regardless, noted that concerns raised by the Christian Association of Nigeria (CAN) in this regard were valid and decisions that will further polarized the nation should be avoided.