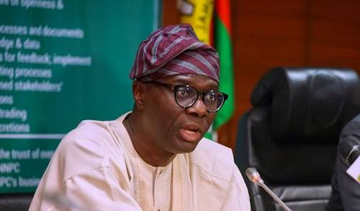 Governor Babajide Sanwo-Olu of Lagos says citizens of the state know what they will be missing if he is denied a second term in office.

“I believe we are doing a very good job,” Mr Sanwo-Olu said on Friday while analyzing, on Channels TV, what his administration has done to lessen the traffic gridlock in the state.

When asked if he will be seeking another term in office next year, the governor said he will allow lagosians to decide if he deserves it or not.

“The citizens know what they will be missing if they don’t allow us wrap up what we’re doing,” he answered.

Speaking on his plan on rail link system and other transportation projects, he said his government planned to reduce gridlock in Lagos, create more employment and investment opportunities.

“That is the plan, that is the vision and how you need to be looking at it strategically is how efficient are people on the road, how much of journey times can we reduce,” he added.

The Lagos state government recently announced that it has secured two unused high-speed rail trains from Wisconsin in the United States for its train system.

The trains originally to connect railroads between Madison and Milwaukee were announced to have been purchased on January 18, when Mr Sanwo-Olu visited Milwaukee.

The Talgo’s Series 8 trains have been purchased for Lagos’ red line system, as noted in the statement released by Mr Sanwo-Olu. The red line, a 37-km track with 11 stations, will be the first operational metro system in West Africa.