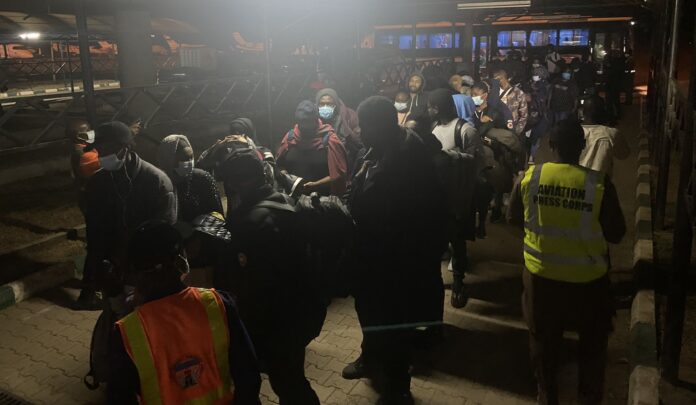 An aircraft belongings to Air Peace airlifted the evacuees from Budapest, Hungary, the Nigerians in Diaspora Commission (NiDCOM) tweeted.

Meanwhile, Russia, which invaded the European country, has declared a partial ceasefire to allow humanitarian corridors out of the Ukrainian cities of Mariupol and Volnovakha.

Russia’s defence ministry announced this on Saturday, noting that the partial ceasefire was to allow residents of the two besieged cities to evacuate.

“From 10am Moscow time (7am GMT), the Russian side declares a ceasefire and the opening of humanitarian corridors to allow civilians to leave Mariupol and Volnovakha,” the ministry announced.

The development comes after Vadim Boychenko, Mayor of Mariupol, said that the city was under “blockade” by Russian forces after days of “ruthless” attacks.