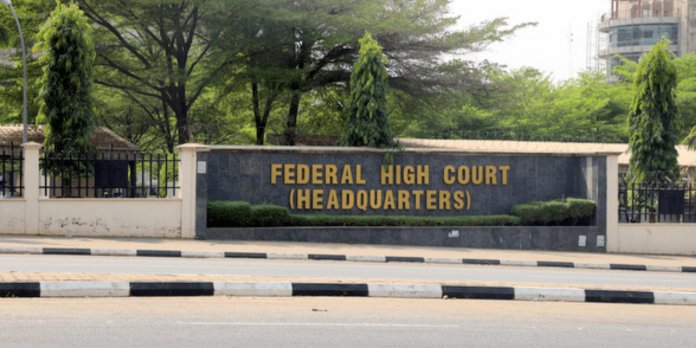 A federal high court in Abuja has ordered the Department of State Services (DSS) to pay N5 million in damages to Maxwell Opara, one of the lawyers on Nnamdi Kanu’s legal team.

In a ruling delivered on Monday, Zainab Abubakar, the presiding judge, also directed the security agency to tender a written apology to Opara and publish same in a national daily.

Opara had filed a fundamental human rights suit against the DSS alleging that he was subjected to degrading treatment during a visit to Kanu, leader of the proscribed Indigenous People of Biafra (IPOB), who is being detained at the DSS facility in Abuja.

He stated that the security service had, on August 30, 2021, taken him into a room within its facility and subjected him to bodily search, “wherein they forced him to remove his medicated eye-glasses, wedding ring, belt, jacket and shoes and accordingly left him shabbily dressed”.

Opara told the court that he was subjected to the “humiliation of holding his trousers with his hands, wearing a bathroom slippers meant for awaiting trial inmates and exposed to air-conditioner inflicted cold for three hours”.

He said the DSS acted in gross violation of his right to dignity of the human person as guaranteed under section 34 of the constitution as well as Article 5 of the African Charter on Human and People Rights (Ratification and Enforcement) Act Cap A9 Vol. 1 LFN.

The lawyer prayed the court to declare that DSS must respect citizens’ fundamental rights as guaranteed by the constitution and the Africa Charter on Human and Peoples Rights (Ratification and Enforcement) Act.

He asked the court for a declaration that actions of the DSS operatives “are not permitted by law; even during bodily search”, and also prayed the court to award N50 million as compensation in his favour.

Cited as respondents in the suit marked FHC/ABJ/CS/1018/2021, are DSS and its director-general.

Meanwhile, the DSS, in a counter-affidavit that was deposed by one of its personnel, Ahmed Magaji, told the court that Opara only went through routine checks that all visitors go through.

“That in carrying out these onerous duties, the respondents emplaced various measures aimed at screening all visitors before gaining access into the facility of the respondents on invitation or for official purposes,” he said.

“That the respondents carry out security screening of all visitors through scanning machines to avoid breach of security and to detect harmful or dangerous objects gaining entry into the respondents’ facility.

“That contrary to paragraph 19 of the applicant’s deposition, the applicant only underwent the usual security search as applicable to visitors from taking harmful or dangerous items into the respondent facility.

“That contrary to the applicant’s deposition that he moved around barefooted, the respondent only carry out security search and COVID-19 safety measures on all visitors and the applicant inclusive which does not in any way include walking on barefoot, removal of belt, etc., as claimed by the applicant.”

In her judgment, Abubakar granted all the reliefs the applicant sought.

She, however, reduced the damages from N50 million to N5 million.