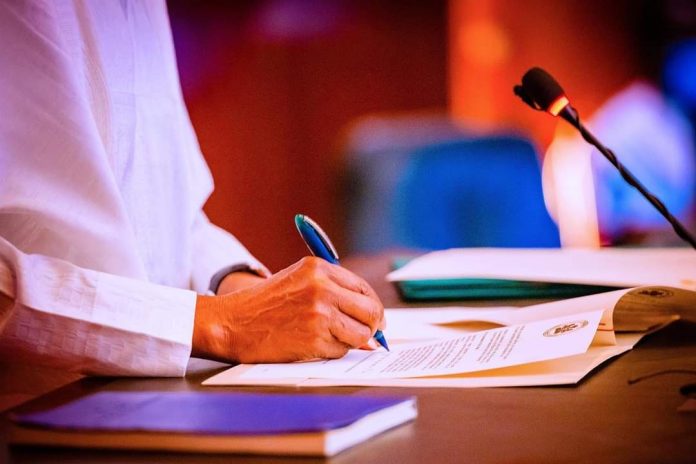 It is well-known to all that the Ninth Senate had sent quite a number of public legislative bills to the President for assent; one of such is the bill for the establishment of Federal Medical Centre Rigasa. Firstly, there is the need to state clearly that there is no community in Nigeria that has loved President Buhari, cherished his personality and defended his political course, like the Rigasa community.
Even the people of Daura, where President Muhammadu Buhari was born and the people of Ungwar Rimi-Kaduna, where he resides, have not shown the President much love like the people of Rigasa. Between 2003 and 2015, it takes just any kinsman of President Buhari to set Rigasa alive and intimate the then ruling People’s Democratic Party (PDP) during the politicking periods in Kaduna. The strong affection for President Buhari politically set the people of Rigasa at loggerheads with the PDP. This provoked the PDP, making previous governments at the state and local government levels to abandon Rigasa; a situation which only changed in 2015, when President Buhari’s party, the All Progressives Congress (APC), was voted into power. Under the leadership of Governor Nasiru El-rufai, the state government has completed a number of developmental projects in Rigasa district and now involves citizens from the district in the running of government at state and local government levels.

The selection of Rigasa to host the main train station in Kaduna was done during the regime of the PDP, under the leadership of former President Goodluck Jonathan; this is highly commendable. This came to reality, amid imminent challenges intentionally created by individuals and groups who based on personal reasons, felt Rigasa was not deserving of the project. On assuming power, President Buhari completed the ongoing construction of the rail station in Rigasa and this remains the only completed project President Buhari has commissioned in Rigasa district. After about 7 years, President Buhari is yet to initiate or commission any major project in the district, making the district a subject of mockery by antagonists, who felt Rigasa district has reaped nothing after efficient sowing during the rainy season for several years. The need for the president to redeem his name for prosperity sake deserves no emphasis and he still has the opportunity to do so. The anointed successor of Governor Nasiru El-rufai, who is currently in the Senate, has eased the President of this puzzle. Senator Uba Sani is currently a law maker, but has displayed great foresight never seen from several executive office holders. The Rigasa district has peculiar challenges that are probably unique, nationally. Although, this is not about the well-established fact that the Rigasa (district) Political Ward is the most populated (largest) in Nigeria, it is a challenge that is sequella to the dense population of the district. Conservative estimate fixed the population of Rigasa district at over a million and this has made health services in the district very scarce. Most, if not all organisations that come to Rigasa district to offer free medical services are rarely able to attend to 60 % of the patients that queue up to access the services, due to high population.

Some estimates indicated that depending on proximity to the Rigasa district, the people of Rigasa constitute between 40 – 70 % of patients in most public hospitals in Kaduna Town. This is despite the crowd that is noticed on daily basis in the state general hospital and the few available public health care units within the district. The shortage of health services has made Rigasa district one of the settlements in Kaduna State with the highest number of mini-commercial drug stores (‘chemist’), sub-optical hospitals and auxiliary nursing schools. As expected this has birthed some levels of quackery and a countless number of avoidable loss of lives and irreparable medical ruins. Generally, accessing public health care service in Kaduna town is quite challenging; the burden is left on the state government, after the complete relocation of the Ahmadu Bello University Teaching Hospital to Zaria. Despite huge investments by the state government to adroitly reposition the available medical facilities in Kaduna town and satisfy the medical needs of its citizens, a large vacuum remains unfilled, with great consequences, especially in outskirt communities. Due to the prudence, sympathy and farsightedness that defines the leadership style of Senator Uba Sani as a representative of the people, he took a proficient step aimed at solving these health challenges by proposing a bill for the establishment of Federal Medical Centre Rigasa to serve the people of Kaduna State. The Rigasa district is easily accessible from different parts of Kaduna town and other Local Government Areas in Kaduna state. The geographical location of the Rigasa district ranks it as a nexus to urban and rural communities and positions it as a home to every Nigerian, irrespective of ethnicity and religion. The bill has gotten the approval of the Senate and is with the president for his assent and commencement of work. It is left to President Buhari to score the final goal and reciprocate the historic gesture he has enjoyed in the Rigasa district. The Governor of Kaduna State (Mal Nasiru El-rufai), the Honorable Minister of Health (Dr Osagie Ehanire) and all friends of the President should kindly help the President by making this project a reality. President Buhari, please save the Rigasa district from the embarrassment, agony and pains inflicted by the antagonist (your political opponents).