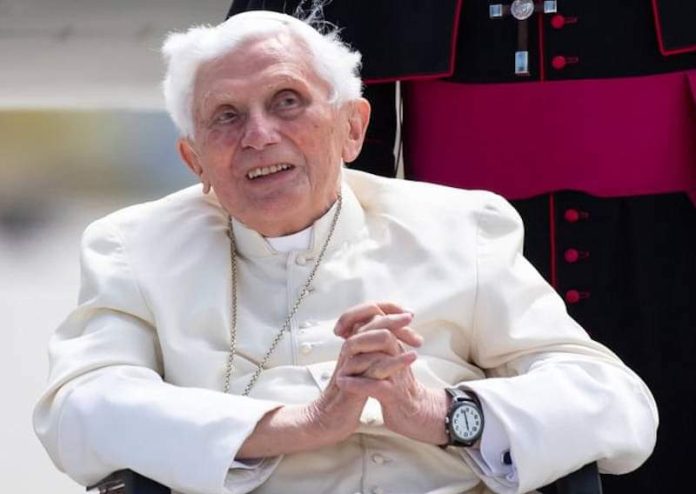 Pope Emeritus Benedict XVI, the former head of the catholic church, has passed away at age 95.

The Holy See Press Office confirmed his death in an official statement, saying Benedict XVI passed on in his residence at the Vatican’s Mater Ecclesiae Monastery on Saturday morning.

“With sorrow I inform you that the Pope Emeritus, Benedict XVI, passed away today at 9:34 AM in the Mater Ecclesiae Monastery in the Vatican. Further information will be provided as soon as possible. As of Monday morning, 2 January 2023, the body of the Pope Emeritus will be in Saint Peter’s Basilica so the faithful can bid farewell,” the official statement read.

Concerns for the late pope’s worsening health condition grew after Pope Francis, his successor, asked the church to pray for him earlier this week.

Pope Francis shared the news about Benedict XVI’s worsening health at the end of the last General Audience of the year on Wednesday. He had said that his predecessor was “very ill”.

Benedict XVI was born Joseph Ratzinger in Germany. He was 78 when, in 2005, he became one of the oldest popes ever elected.