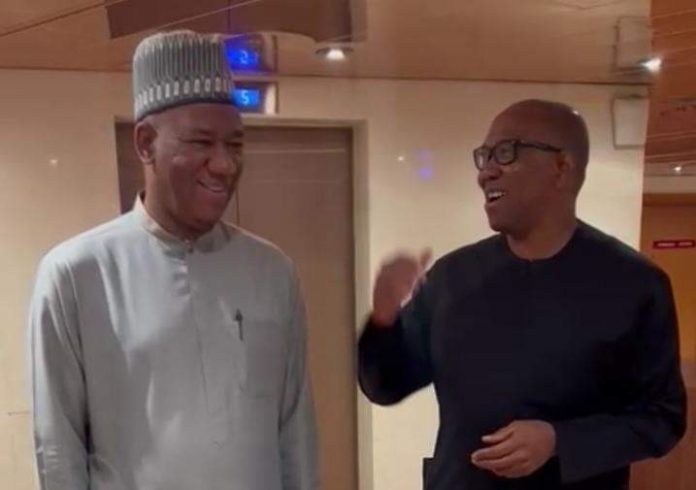 Peter Obi, presidential candidate of the Labour Party (LP) has unveiled Datti Baba-Ahmed, a former federal lawmaker, as his running mate for the 2023 presidential election.

Mr Obi made this known during an event on Friday in Abuja, adding that series of consultations were made before he arrived at the conclusion.

“I thank all those gathered here today,” Mr Obi said during his address. “They will bear witness and lay claim to being present on the day when the journey to Nigeria’s rebirth began. It is my honour to inform you, my fellow Nigerians and especially the OBIdients that finally, after very long and wide consultations, we in the Labour Party have found an eminently qualified Nigerian who will be my partner as we embark on our march to a secure, united and productive Nigeria.

“I have the distinct honour of presenting to you, my friend and running mate, and God willing, the next Vice President of the Federal Republic of Nigeria Senator Yusuf Datti Baba-Ahmed, who has been described as ‘one of Nigeria’s youngest and brightest personalities’ who has distinguished himself in various areas of human endeavours.”

Mr Baba-Ahmed represented Zaria in the House of Representatives from 2003 to 2007, and later Kaduna North senatorial district between 2011 and 2012.