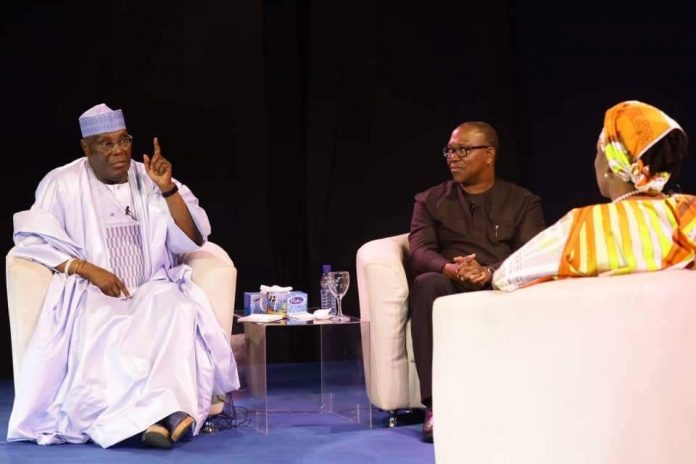 Peter Obi, the presidential candidate of the Labour Party (LP) has explained why he refused to inform Atiku Abubakar, a former vice president, whom he ran the 2019 presidential race with before decamping from the Peoples Democratic Party (PDP).

Mr Abubakar had in 2019 nominated the former Anambra governor to run with him on the platform of the opposition party. They both lost to President Muhammadu Buhari who won his re-election bid.

The duo separately declared their intentions to succeed Mr Buhari whose tenure is winding down next year, on the platform of the PDP but few days to the presidential primary of the party, Mr Obi defected to the LP citing recent developments therein which are inconsistent with his principles.

In a recent interview on Arise TV,  the presidential candidate of the PDP popularly known as Atiku, lamented that although he missed Mr Obi for leaving the party, the LP candidate refused to inform him until few days after defecting.

Explaining the reason behind his action, Mr Obi on Monday, while appearing on Channels TV, said he left because he did not want to be talked out of his plan.

He said his family members were not also aware he was leaving the opposition party for another.

“It is true that I did not tell Atiku Abubakar before resigning from the PDP,” Mr Obi confirmed. “I did not even tell my family. I did not want anyone to talk me out of it.”

He also reacted to the remarks of Atiku that it will only take a miracle for him to be elected president of the country. The former governor explained the circumstances which surrounded his political life revolves around miracle.

“My political life has been a miracle,” he noted, adding that: “I am looking forward to another miracle in 2023.”