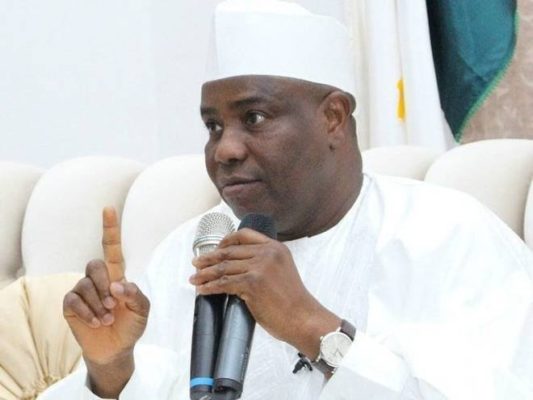 Presidential aspirant and Sokoto State Governor, Aminu Tambuwal, has stepped down to support his counterpart, Atiku Abubakar, former vice president, jostling for the ticket of the Peoples Democratic Party (PDP).

“I have seen the need for us to close ranks and seeing the suffering of the people, I have decided to step down for Atiku,” the governor said while addressing delegates.

Mr Tambuwal announced his withdrawal from the convention of the opposition party taking place at Moshood Abiola National Stadium in Abuja Saturday evening.

He joins the growing list of aspirants to shelve their political aspirations in the last 24 hours, after Mohammed Hayatu-Deen and Nwachukwu Anakwenze.