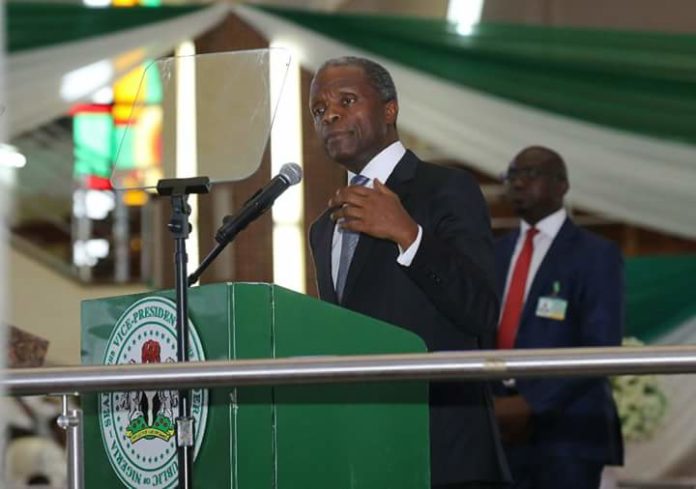 Mr Osinbajo made the remarks in a statement this afternoon while speaking on the incident which occurred at the weekend.

He said himself and his principal, Muhammadu Buhari, were constantly working to remedy the increasing spike of insecurity across the country, vowing that justice must take its course on culprits.

“As a brother, father and Nigerian, I am incredibly devastated by these acts of violence.

“The President and I acknowledge that we must continually review the conventional means of dealing with some of these security challenges, especially the randomness.

“I have spoken to Governor Babagana Zulum and former Governor Kashim Shettima. A lot more focus will be placed on local intelligence and community policing so we receive information quickly and react faster.

“Our hearts are with the families and loved ones of those who lost their lives in the terrorist attack on the farming community in Borno State. We will ensure justice is served,” he added.