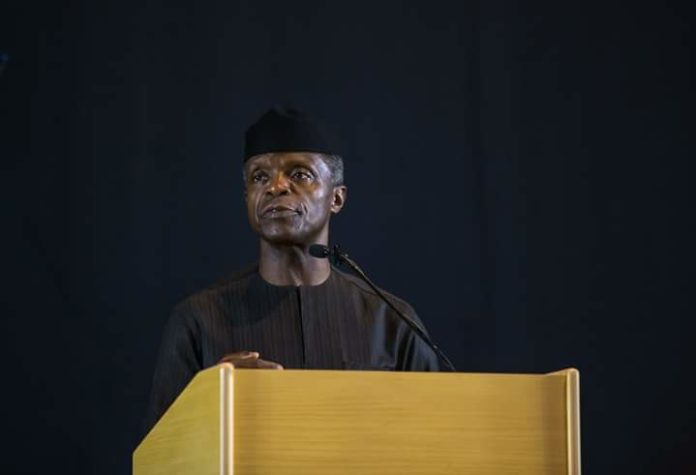 Vice President Yemi Osinbajo says the problems of the country will multiply should it split as requested in some quarters.

Mr Osinbajo stated this while hosting members of the Muhammadu Buhari/Osinbajo support group in Abuja on Thursday.

There have been separatist calls mostly from the Southern part of the country demanding the breakaway of some geo-political zones, this the vice president preached against.

The number two citizen who shares the opinion that it is wrong for the country with the largest economy in Africa to break said its unity should be preached at all times.

“We must never relent in ensuring that we keep to the ideals of the country and we don’t lose sight of what we are trying to achieve here,” Mr Osinbajo counseled. “People who suggest that the country breaks up, whatever may be the reason for their views, are certainly not correct and we must say so to them at every turn.

“If you fragment, the problems are going to multiply, poverty will multiply.”

Earlier, Usman Ibrahim, the national coordinator of the visiting group, commended Osinbajo for his commitment to leadership and promotion of national unity.