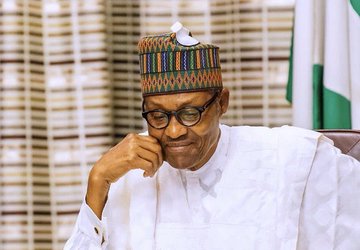 Quite a few readers requested me to offer a perspective on the protests that seem to be sweeping the North over insecurity, especially in light of the observation I made in last week’s column that “there are only muffled, barely audible voices of outrage from everyday northerners” and that “there are no mass protests in the streets and no consistently violent maledictions against Buhari in mosques—like there would have been if the president were a Christian.”

Well, firstly, the protests are not “mass,” don’t seem to resonate widely, and are already caving in before they have even started. Give it a few more days and all will be quiet. Until another cascade of mass killings grips us.

Secondly, this isn’t the first time that half-hearted protests have erupted in the North to call attention to insecurity in the region. Recall the “we-are-a-little-pissed” protests of April 2019 and another series of lukewarm protests in June 2020 that stopped after the arrest and detention of one Nastura Sharif who led a PEACEFUL protest in Katsina to call attention to the serial, unpunished mass murders of his people?

In spite of the protests, I have seen video clips of quite a number of northern Muslim clerics exonerating Buhari of responsibility for the mass deaths in the region, and they seem to be resonating with a wide stratum of the society. Religion is the most effective driver of mass action in the North.

The cynical, unpleasant truth is that the only thing that will make Muslim northern Nigeria revolt against Buhari and demand his ouster from power is if he were to convert to Christianity—or any other religion—or if he were to commit “blasphemy” and the clerical establishment in the region validated the fact of his “blasphemy.” Everything else is immaterial.

We have been socialized to “fight” for God against fellow humans but ask God to fight for us when we’re being murdered by other humans who share our ethnicity and religion. The same Nigerians who fly into a tempestuous holy rage and ask for the blood of their fellow humans when their God is “blasphemed” are the same people who’re asking for their God’s intervention— instead of acting— now that their relatives and friends are being murdered like animals by terrorist bandits.

If God, with his omnipotent powers, can’t deal with blasphemers on his own but needs your defense, why and how do you think he can defend you against people who’re smoldering you?

A week ago, a Facebook friend from the North wrote on my timeline that the mass deaths of northerners in the hands of murderous brutes while the state looks away is less important than the “un-Islamic” dressing of a Kannywood female star! I kid you not. I was too weak to respond to him. But he captures the mindset of the average northern Muslim man.

Even former Sokoto State governor Attahiru Bafarawa, in calling attention to the callousness of Buhari’s decision to attend a book launch while the North burned, couldn’t help injecting religion into his thoughts. “People were burnt in a vehicle after they were shot, but President Muhammadu Buhari went to Lagos for a book launch. A book that is neither the Qur’an or [sic] the Bible. It is just a biography,” he said.

In other words, it would have been defensible for Buhari to attend, say, a Quranic recitation competition anywhere in the world while people are killed in the North.

So, there’s nothing new happening now to suggest that anything is going to change. In a May 11, 2019 column titled “The Revolution Won’t Start from the North—Or Anywhere,” I made the following observations, which are now even more relevant in light of the tepid demonstrations going on in the North:

Northern Nigeria’s cascading descent into the abyss of anarchy, particularly with the ongoing indiscriminate abductions of moneyed aristocrats in the region, has stimulated a flurry of prognostications that “the revolution” will start from there; that it foretells the nascence of a revolt from below; that the forgotten, despised, and hungry almajirai are striking back. That’s wishful, erroneous thinking.

The emerging picture of the demographic profiles of the kidnappers that have been tormenting northern Nigeria does not square with the image of distraught, economically disaffiliated almajirai. They are former herders, from within and outside Nigeria, who have lost their cattle for any number of reasons, and who have taken to mindless, avaricious, and self-interested banditry. Anyone who expects the seeds of a revolution to sprout from the thoughtless brigandage of these sorts of insensate philistines must be clueless about what revolution entails.

Disparate strands of resentments might coalesce into a mass resistance, then blossom into a protest, and culminate in a rebellion without ever achieving the status of a revolution. In a revolution, a vanguard takes ownership of the rebellion and uses it as a ladder to climb to substantive power. The kidnappings in the far north are not a mass resistance. Nor are they a self-conscious, systematic protest, or even a rebellion. So, they have not a snowball’s chance in hell of ever transforming into a revolution.

The northern hoi polloi who bear the real brunt of Buhari’s cruelly strangulating and escalating incompetence won’t resist, protest, rebel, much less revolt, because they have been socialized into accepting their economic suffering with equanimity. The only thing that rouses their passions, that animates them to mindless violence, is religion.

You can smolder the Northern masses with economic asphyxiation, as Buhari is doing now, and they would make peace with their fate with listless acquiescence, but blaspheme their religion, or even icons of their religion, and they would rise up in arms and murder indiscriminately. Appeal to religion is the easiest way to ignite the raw emotions and solidarity of the northern masses. The region’s elite know that intimately and habitually exploit it to perpetuate themselves in power.

With a few honorable exceptions, the region’s clerical elites, known as the Ulama, are in bed with the political elites to keep the masses perpetually in a state of suspended animation. Amid the inexorably intensifying breakdown of security in the region, compromised clerical elites are also intensifying fraudulent theological rationalizations for the rise of kidnappings— and, of course, exculpating Buhari of responsibility for this.

Many people were scandalized when the Chief Imam of the Presidential Villa, Sheikh Abdulwaheed Sulaiman, was reported to have said, on May 8, [2019] that the widening and deepening of insecurity in the North was a “test from God.” The imam didn’t implore Buhari, who sat by him, to devise creative ways to contain the insecurity that has made people prisoners in their homes; he instead shifted the burden to the very people who are traumatized by a problem that is aggravated by the president’s incompetence. He beseeched beleaguered Northerners “for repentance and prayers to avert the current security challenges confronting the nation.”

The Aso Rock Imam’s exasperatingly bald-faced theological fraud is unfortunately the template the vast majority of the Ulama in Northern Nigeria deploy when they protect leaders who feather their nests. And it’s intended to keep the masses in check and to anesthetize them into not just accepting the incompetence of their leaders as an inescapable divine design but to bear responsibility for it.

In other words, Northern masses are fed the sterile, mendacious theological staple that the avoidable tragedies that befall them are not the consequence of the ineptitude of their leaders but a product of divine punishment for the iniquities of the masses. So, in addition to the trauma of living with the disabling dysfunctions created by their elites, they are blackmailed by cold, calculating, conscienceless clerical aristocrats into internalizing moral guilt for their conditions….

Now, if the revolution can’t come from the North because the masses of the people there are under the grip of a corrupt clerical establishment, is there hope from other parts of the country? None that I can see. Much of the rest of Nigeria is beset by a different iteration of the same problem in the North.

The deeper the nation descends into the nadir of despair, the more fatalistic, superstitious, and pre-scientific many people tend to become. Nigerian Christian Pentecostalism has particularly predisposed many people in the South to believe that they can “pray” all their problems away, that they don’t need to take their destinies into their own hands. It’s akin to what anthropologists call cargo cult mentality, that is, the superstitious belief, first recorded among pre-modern tribes in Melanesia, that all the goodies of this world will magically and effortlessly appear because people wish it into existence through staid rituals.

That’s not the way the world works. Any society where the vast majority of the people recoil in fatalistic resignation while their oppressors have a field day will be stuck in protracted infancy. Revolutionary tremors are good for every society every once in a while.