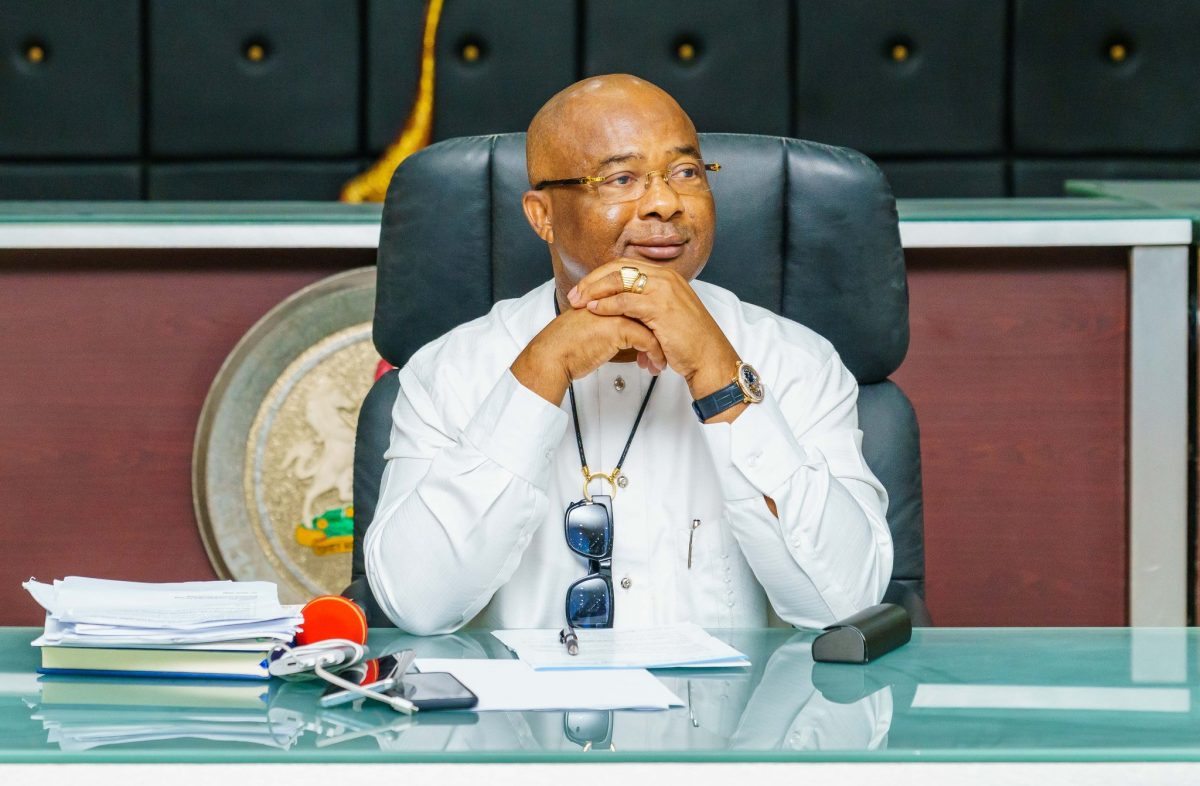 The 17 Southern State governors had met in Delta State to proscribe open grazing. In a follow-up meeting in Lagos, the state helmsmen set September 1 as deadline for member states to enact anti-open grazing bill in their respective domains.

Mr Uzodinma, who failed to attend the meetings, after meeting with President Muhammadu Buhari on Wednesday said he was not going to partake in the resolution of his colleagues from the South-West, South-East and South-South geo-political zones.

“I don’t have any law in Imo State for anti-grazing,” the Imo governor said. “But what we have done is that we are regulating grazing activities in Imo State under a partnership between our farmers and herders.”

Reacting in a statement by its secretary-general, Mazi Okechukwu, Ohanaeze described the governor as a saboteur who will not escape the wrath of the Igbo people.

Mr Okechukwu on Thursday advised Uzodinma to retrace his step or risk being excommunicated from Igbo predominantly areas at the expiration of the deadline.

“Ohanaeze Ndigbo Worldwide had warned the Governor of Imo state on the dangers of withdrawal from the ban on open grazing initiated by the Forum of Southern Governors, as the Imo Governor, Senator Hope Uzodinma had attracted scourge of hatred, plagues, and curses on his government,” the group said.

“Our suspicion had been reinforced with the continued absence of Governor Hope Uzodinma in the meetings of southern governors in Asaba and Lagos, which was intentional and premeditated to ambush the resolutions of the southern governors, and he will never escape the venom of Ndigbo, as he will surely taste the retribution of God and wrath of the people as a confirmed saboteur and this will serve as a warning to any Igbo governor that will follow such decision will never escape the malevolence and venomous action of the the people.

“Ohanaeze Ndigbo admonished Governor of Imo State, Senator Hope Uzodinma to show repentance and rescind the decision to pull out from the ban on open grazing from 1st september 2021, he cannot afford to face the consequences of this decision, Uzodinma is now the tools our detractors are using to destrablize Southern Nigeria, but if he continues, he will be excommunicated from any Igbo gathering and ceremonies from 1st september 2021,” the statement added.