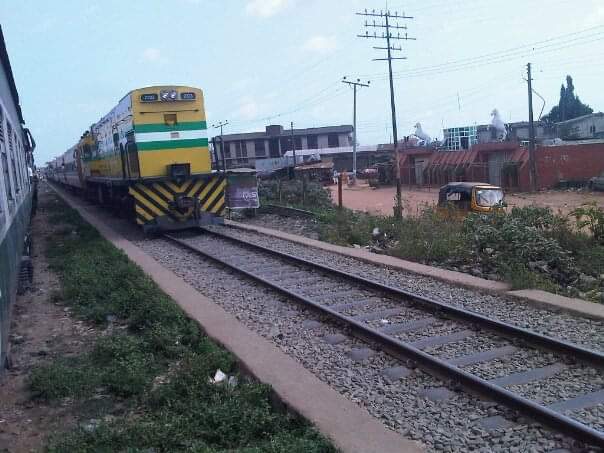 “Where the state is too weak to be dangerous, non-state actors might become too strong.” – Robert Cooper, The Breaking of Nations: Order and Chaos in the 21st Century, p. 18 (2003).

Supporters of Nigeria’s ruling All Progressives Congress (APC) are fond of telling their critics they “can’t stop a moving train.” In Kaduna on 28 March, the moving train of the APC derailed both as fact and as metaphor. The following day, on 29 March, the second leg of the Nigeria-Ghana World Cup qualifier was to occur. The four days between the two legs of the Nigeria-Ghana encounter provide a snapshot as to how this happened. Many people believe they know the story, but it is still worth telling.

When Nigeria’s Super Eagles encountered Ghana’s Black Stars in Kumasi, Ghana, on 25 March, in the first leg of the World Cup qualification rubber between both countries, the mood in Nigeria was effusively supportive. By the time the return leg took place four days later, the mood had soured on the team and on Nigeria’s chances of qualification.

In a country whose leaders make it their vocation to amplify and recklessly multiply its divisions, football is the only pursuit guaranteed to persuade all of the country’s disparate discontents to temporarily call truce on their unbelief in the incredibly romantic notion of Nigeria. For that first leg, across the geographical space of Nigeria and its various diversities, they all seemed to wish the Super Eagles well in Kumasi.

In one of those wicked coincidences that only Providence has the capacity to craft, on the day after the Kumasi match, Nigeria’s ruling All Progressives Congress (APC) convened in Abuja, the Federal Capital for its elective convention. It was a gathering of nearly everyone who is anyone in political Nigeria, including the president, his vice, their Cabinet, 22 governors and the leadership of the legislature at state and federal levels, not to mention captains of business and industry. When he addressed the Convention, the president remarkably did not cite one area in which the country had made progress under his watch.

As the APC Convention unfolded in Abuja on that Saturday, however, the international airport in the neighbouring state of Kaduna in Nigeria’s north-west was under attack from a band of terrorist bandits, who killed at least one staffer and succeeded in shutting down the airport. The APC Convention took no notice. Far from acknowledgement, they characteristically tried to bury it in subterfuge.

Instead, wherever you looked in Abuja that week-end, money sloshed and got shared in ways and quantities few of Nigeria’s poor and excluded will ever know or understand. That Convention endured into the early hours of the following day, a Sunday. On Monday, 28 March, an expansive Minister of Information, Lai Mohammed, claimed in a media briefing that “the country is becoming safer every day with the string of successes being recorded in the fight against Boko Haram, ISWAP, bandits and other criminal elements.” Lai Mohammed, much of whose life has been spent in the manufacture and enjoyment of an alternative universe to reality, felt no need to provide any evidence for this claim. He had none.

Moments after he uttered this claim, the folly of it all became evident. In Suleja, a mere 15 minutes from Abuja, terrorist bandits killed at least six soldiers.

Contemporaneously, news began to filter through of an attack on the Abuja-Kaduna rail link, arguably the major claim of the Buhari government to achievement. At 21:43 hours, a twitter handle identifying itself as @nelo_x sent out a tweet which would turn out to be its last. It read: “I’m in the train. I have been shot please pray for me.” The pre-Neanderthal savagery of the APC Troll Farms led by leading handles identified with the Buhari Media Centre (BMC) was beyond comprehension. I will not dignify them nor prolong the agony of traumatized families with a rehash of what they said.

As it turned out, Chinelo Megafu, the young dentist who sent out that dying declaration, was one of a vanishing breed of believers in the notion of Nigeria. Her father, an alumnus of Federal Government College Enugu, did his compulsory national service in Kaduna, the state in which his beautiful, daughter would tragically spend her last moments three decades later. By all accounts, far removed from her origins in Onitsha, Anambra State in south-east Nigeria, Dr. Chinelo was a brilliant advertisement for all that is excellent about her vocation.

Overnight, from several contemporaneous accounts shared by witnesses, survivors, and their families, the scale of the horror that killed Dr. Chinelo began to emerge. In what is likely to become the metaphor for the tenure of the regime, a horde of terrorists who for long operated under tolerance from the regime had successfully stopped the moving train, made a killing field of its coaches, and abducted an uncertified number of passengers for ransom.

As heroic citizens scrambled to rescue survivors and converge on hospitals around Kaduna to donate blood much needed for the work of the medical personnel who were frantically saving lives, the politicians averted their baleful gaze. In Lagos, a colloquium to celebrate the 70th birthday of the self-acclaimed leader of the APC, Bola Ahmed Tinubu, the man who has proclaimed the prize of Nigeria’s presidency as his “lifelong ambition”, was scheduled to get underway. It was the same day that Nigeria was to host Ghana. Several leading politicians, including the Governor of Kano State, had traveled to be there.

Despite their knowledge of the horror that had taken place overnight, they were initially not deterred from carrying on. President Buhari, who was to be the highlight reel guest at the occasion, was absent. On learning of the scale of the Kaduna train atrocity, Buhari’s Vice-President, Yemi Osinbajo, a law professor who had served Tinubu, himself a former governor of Lagos State, as Attorney-General, headed to Kaduna to visit the survivors instead of going to Lagos. On learning that neither the president nor his vice would be there, it appears, Tinubu who had arrived the venue for the event, decided too to join in this version of Cancel Culture. It was clearly an afterthought: he did not have to arrive the venue in order to cancel the merriment.

In Abuja, the government shut down offices shortly after noon, declared an open stadium and bussed in anyone who cared to watch the match. President Buhari, not your natural football fan mind you, joined in. To avoid upsetting his delicate sensibilities, the Nigerian Football Federation, NFF, precluded the team from commemorating the victims of the tragedy with a symbolic black arm band. There were no flags at half mast nor any symbolism to acknowledge the lives lost.

As the match got underway in Abuja, the support that the Nigerian team had enjoyed in Kumasi had disintegrated. Nigerians, usually indulgent of the tendency of their rulers to treat as expendable citizens who are not the family, mistresses, or collaborators of their rulers, appeared to have had enough. All it took was four days which advertised the worst of the cynicism, hubris, and irresponsibility of the regime. When Ghana successfully booked its ticket to the World Cup at the expense of president Buhari and his Super Eagles, many in the country were grateful to the Black Stars for denying him and his party what would have been a convenient burial of the Kaduna train atrocity in the halcyon of fantasy football.

While the blood of the victims was still to cake from the massacre, Transport Minister, Rotimi Amaechi, himself also rumoured to be interested in the presidency, used the site of the tragedy as prop to reportedly ask Nigerians to “contribute to the cost of treating” the survivors of the attack. Simultaneously, he touted a contract that he claimed to have sought supposedly for securing the train track, complaining that un-named federal officials had ostensibly blocked it. How on earth the Minister thinks that a train can be secured in an environment in which the people are not, he alone can answer.