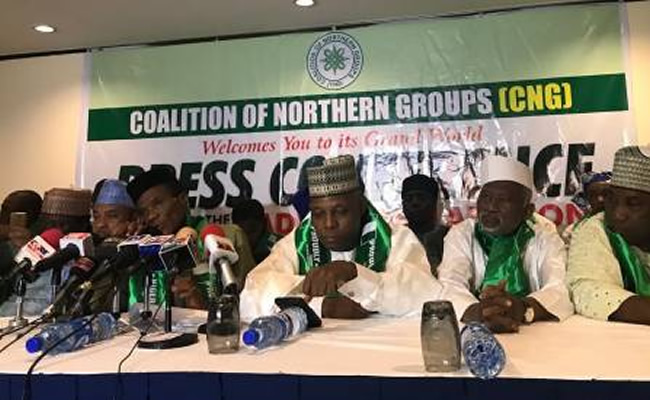 Coalition of Northern Groups (CNG) has threatened to close down shops owned by Igbo traders should they comply with the one month sit-at-home order of the Indigenous People Of Biafra (IPOB).

The CNG, which made the threat on Tuesday in a statement in Kaduna State, was reacting to the call by IPOB that the Igbo people nationwide should join the planned exercise which will last for a month should the federal government fail to produce its detained leader Nnamdi Kanu in court on October 21.

The separatist group had appealed to the South-West and North Central regions to also join it in protesting the continued detention of Mr Kanu by complying with its order.

“We have seen a new statement by IPOB directing or commanding all Igbos living anywhere in Nigeria, which includes the North to participate in a one-month sit-at-home,” Abdul-Azeez Suleiman, spokesman of the CNG said. “The Igbo in the North are not threatened. So, on our part, we are warning any trader that complies with the IPOB directives in the North, we shall make sure that his or her shop is closed down.

“The Igbo in the North are going about their normal businesses without threats. If they comply with that order, it means that they are with the people that are challenging us.

“If they are complying with IPOB directives in the South, that is their problem. But, it will not be allowed in the North,” Mr Suleiman warned.