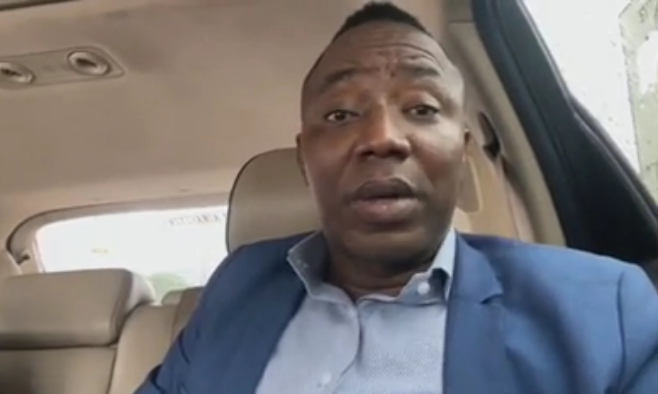 Publisher of Sahara Reporters, Omoyele Sowore, who was arrested earlier today for appearing in court to witness the trial of detained leader of the Indigenous People Of Biafra (IPOB) Nnamdi Kanu has been released.

Mr Sowore, according to his lawyer, Inibehe Effiong, was brutalized before being arrested by security agencies on Monday.

Confirming his release on Facebook, the politician said he has gone back to the federal high court for another court proceedings.

“I have been released by the Nigerian Police force and now at Federal High Court for a proceeding regarding 5 young persons illegally detained by the DSS for wearing #BuhariMustGo Tshirts to Dunamis Church,” he said.