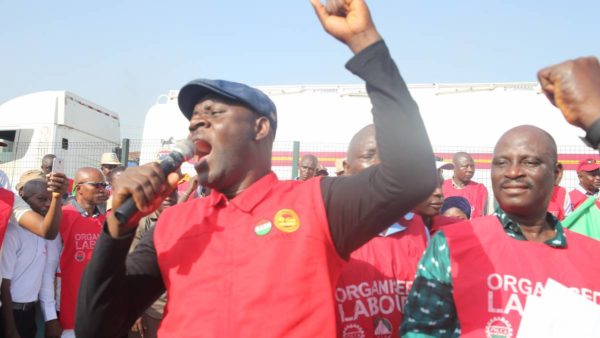 The Nigeria Labour Congress (NLC) has threatened to down tools nationwide should the federal government increase petrol price even by one per cent.

The workforce body made the threat after its National Executive Council (NEC) meeting held on May 25 while reacting to the recommendation of about 300 per cent increase in petrol price by Nigerian Governors Forum (NGF) to abolish fuel subsidy.

“The NEC resolved that any decision to increase by even one cent the price of refined petroleum products, especially PMS, will attract an immediate withdrawal of services by Nigerian workers all over the country without any further notice,” the NLC warned in a communique jointly signed by its president and acting general secretary, Ayuba Wabba and Ismail Bello respectively on Thursday in Abuja.

“The NEC also re-echoed its decision that the only sustainable way out of the crisis of fuel importation and associated dislocations in the downstream petroleum sub-sector is for government to rehabilitate all four public refineries in Nigeria and build new ones,” the organized labour said.

The NEC of the NLC also said it would officially write to the federal government conveying the plight of Nigerian workers, the concerns of Congress and the resolutions of the NEC on the matter of fresh proposals for an increase in the pump price of fuel.

Meanwhile, the federal government has said it has no plan to increase the price of fuel in June as discussion around the price hike is still ongoing.