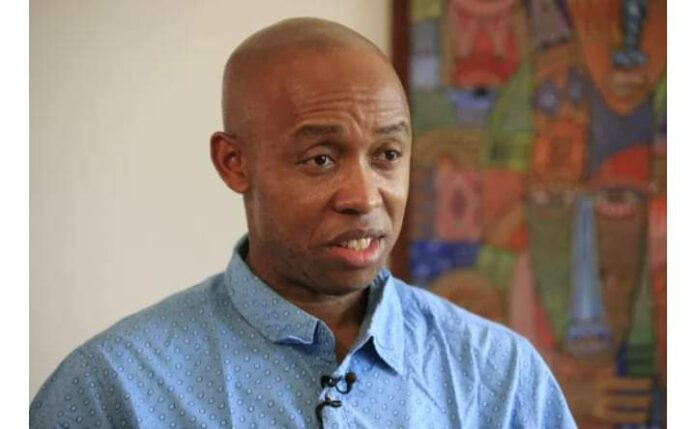 In the pantheon of current politicians in Nigeria, the most successful of them all seem to come from generous families with deep pockets and family trust funds. Or don’t they?

Ahead of the country’s 2023 general elections, both of Nigeria’s leading parties – the ruling All Progressives Congress (APC) and opposition Peoples Democratic Party (PDP) – have placed the country at the disposal of these generously monied political specimens, who are ready to go bidding for the rights to bring the country under the control of their non-existent family trusts of unknown provenance.

To advance their case for the rights to run Nigeria as part of these wholly-owned family charities, these scions of unknown money are spending the generosity of their apocryphal family trusts with the enthusiasms of the mythical drunken sailor. That apparently is the new dialect of political entitlement.

One of them, for example, the sole owner of a piece of political real estate that also doubles as a federating unit, has been spraying money around the country. By some coincidence, he happens unashamedly to covet the presidency of Nigeria as his “lifelong ambition.”

In Katsina, President Buhari’s home State, last month, he sprayed N50 million from his family trust fund for the benefit, it was said, of victims of a market fire disaster. Impressively, all this money was given not to a representative of the victims of the fire or of the market union but to the State governor, who happens to determine most of the delegates of the ruling party in the contest for its presidential ticket.

Two weeks later, the same man was in Kaduna, where, as in Katsina, he also gave N50 million from his generous family trust fund to the State governor for the victims of the terrorist attack on the train that took place on March 28. It did not matter that this act of uncommon generosity took place while most of the victims were still in captivity nor did he show any interest in or ask how they could be freed. None of that was going to stand in the way of dispensing the generosity authorised by the family trust.

In Kano, the most populous State in northern Nigeria, this past week, this family trust has distributed lorry-loads of branded bags of stomach infrastructure, with instructions for these to be shared to party delegates ahead of the forthcoming Eid.

On the day of the presidential election in February 2019, by the way, the same family trust released funds in bullion vans in Lagos, which financed unknown operations on election day.

Contemporaneously in the opposition party, another family trust from the Niger Delta has unlocked its vaults for its favourite son, who just happens by accident to have designs on the presidency in 2023.

He goes around the country in a private jet to dispense the family’s generosity. When fire gutted the Sokoto central market in January 2021, he flew into the state with N500 million for the state government to rebuild the market.

When he visited Kaduna State in the third week of April, he made the State government richer by N200 million from the family trust for the care of victims of the same train attack who are still captives of their abductors. That sum, by the way, was four times more than what the Governors’ Forum gave.

For his visit to Anambra State in South-East Nigeria, the family trust unlocked access to its domiciliary account and, by the time he left the state, the party delegates were enthusiastically back-slapping one another as they danced in a dollar rain.

These people traversing the country with truckloads of Ghana-Must-Go bags full of mint-fresh notes from non-existent but generous family trusts do not pretend to be interested in ensuring that their rain of supposedly charitable money achieves any public good. In comparison, when he raised N250 million for orphanages in Nigeria in the last quarter of 2021, award-winning singer, David Adeleke, constituted a process to ensure the selection of beneficiaries and effective administration of the resources. He even provided a full report to the public when all that was done.

The amount of money being dispensed in the name of these unknown family trusts endowed by unknown parents with unknowable wealth is stupefying. Their unconcealed interest is in hoovering up delegates for the presidential primaries. Meanwhile, the Code of Conduct Bureau (CCB), Economic and Financial Crimes Commission (EFCC), Independent Corrupt Practices Commission (ICPC), the Federal Inland Revenue Service (FIRS) and other sundry institutions of financial integrity and anti-corruption all appear to be happy clappers, enjoying these scenes of financial crime with unadulterated admiration, occasionally distracted by the whiff of ladies’ intimate fabrics.

Despite the less-than-sanguine reputation of its politics, Nigeria’s elected leaders, until now, have not exactly been famous for the depth of their pockets or their contrived political philanthropy. Today, by contrast, Nigeria appears to produce only unknown family trusts and to consume their politics that neither feeds the stomach nor nourishes the country.

Political parties are supposed to chaperone competition for access to the mandate to superintend the public good. In Nigeria instead right now, they are to conduct auctions to buy and sell the country.

How we got here is a story for another time and the story of how the country corrupted politics and politicised corruption is too well known to bear undue repetition here. What is clear is that by the time he left office in 2007, President Obasanjo who was, reportedly, barely saved from bankruptcy when he returned from prison in 1998 before running for the presidency in 1999, had become a billionaire. Since then, party politics has established itself as an assured path to quick and stupendous wealth.

It was not always so. In the First Republic, there was clear water between money and power. Nigeria’s richest, like Sanusi Dantata, Louis Odumegwu-Ojukwu and Adeola Odutola, were businessmen who were not much invested as such in controlling party politics or running for office, even if they had their own sympathies. Abubakar Tafawa-Balewa, the country’s prime minister at Independence, barely could afford a house. Ahmadu Bello, Obafemi Awolowo, and Nnamdi Azikiwe were interested in power, made a lot of name and did not appear to much care about making a lot of money for themselves.

Shehu Shagari, who was elected Nigeria’s president in 1979, was not exactly anyone’s idea of a rich man. Dissolute as his administration was in parts, no one seriously accused Shagari of personal corruption or money making.

When, 40 years ago, billionaire businessman, Moshood Abiola, went about dispensing his money with the aim of unsettling the political fortunes of the ruling National Party of Nigeria (NPN) of President Shagari, Umaru Dikko, the Transport minister and unofficial party enforcer, infamously advised him with dry brutality that “the presidency is not for sale.” In a huff, Abiola stormed off the ruling party, his presidential ambitions in ruins and, ultimately, deferred until after eternity. It was immaterial that at the time the Chairman of the NPN was, like Abiola, another Yoruba man, Augustus Meredith Akinloye.

In 1965, Time Magazine celebrated the industry of Nigeria’s millionaires, writing that they “made their money by competing with the white man for his trade.” In their place, Nigeria’s trillionaires today occupy the inner sanctums of power or parade their corridors, perpetrating state plunder and spoliation in a shameless state capture enterprise with official imprimatur.

The same Time Magazine story from 58 years ago quotes Adeola Odutola as having proudly boasted that “[t]he time is coming when we will produce more than we can consume and we will have to look outside Nigeria for markets.” Today, Nigeria produces politicians who in turn make nothing. The citizens consume stomach infrastructure, and the money goes to the auctioneers who are happy to knock the country down to the highest bidder.

We may pretend about it, but we know their money is criminal and their “donations” are low grade racketeering. They are too lazy to do politics and have taken to plunder in order to pay their way at the auction of Nigeria. That is the new normal and the real crime is that these crimes are committed under the cover of impunity and immunity from those who should bring them to an end.