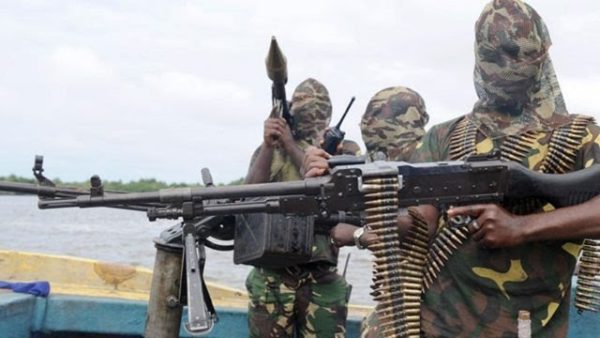 The militant group, which carried out several attacks on oil facilities in 2016, in a statement on Saturday vowed to cripple the nation’s economy, in a new campaign codenamed “Operation Humble.”

The violent group said its decision to resume attacks on pipelines is premised on the reneging attitude of the federal government to meet their demands.

“This operation shall be coded‚ Operation Humble aimed at bringing down targetted oil installations in the Niger Delta capable of humbling the economy into permanent recession. This mission is also targetted at political actors, who are collaborating with the Nigerian Government to undermine the interest of the Niger Delta people,” the group said in the statement posted on its website.

“There is no doubt that the Nigerian Government has continued to pay deaf ears to our demands and the rising challenges in the country because the pipelines that crisscrosses our lands are left untouched, allowing dollars to flow into the federal treasury on a daily basis for mismanagement.

“We shall spare no single oil installation within our range of strategic targets marked for destruction in the coming days and we bet the Nigerian Government will be humbled to return to the drawing board and chart an all-inclusive course by the time we are done with our action plan.

“Members of our strike teams across the Niger Delta are commanded to be on red alert awaiting precise strike plans as mapped by the high command of the NDA.

“Conclusively, we wish to state unequivocally and in simple terms that we are back with operation Humble; with the aim of humbling the economy into permanent recession and political players from the Niger Delta extraction to political retirement. Our Strike Teams 01 – 09 and all other formations are to regroup and remain on red alert awaiting further command,” the group stated.