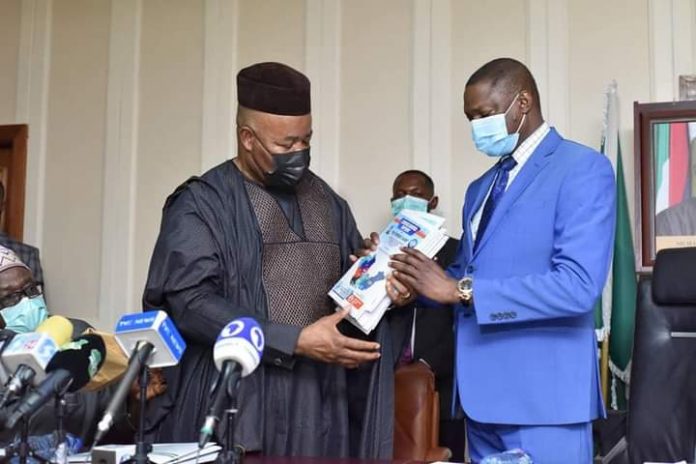 A familiar drama is again playing out across the country since the completion and submission of the report of the forensic auditing of the Niger Delta Development Commission (NDDC). The theme as usual is based on the theories of two fallacies – Ad hominem and Straw-man. The cast is made up of the routine mercantilists who come in the mould of civil society organisations, youth groups, socio-cultural organisations, media hirelings and influencers. The script often leaves out the critical issue of the moment and dwells rather on tangential matters. The plot is to distract attention and help rogues escape public scrutiny.

The reason the Niger Delta region has remained underdeveloped till today in spite of the huge resources pumped into the area by the various governments, intervention agencies, international oil corporations, oil services companies, development partners, global foundations, other corporate entities, wealthy individuals and community development efforts etc., is simply because the people are more inclined towards defending selfish and parochial indulgences than insisting on fundamental growth and development.

The region receives arguably the highest amount of funds in the country from several sources, but it has very little to show in terms of development. Players often mouth the difficult terrain as reason why the huge amounts allocated to the region does not manifest in physical reality on ground. As partially true as that may be, it is often used as a cover up for the massive fraud that has become customary, perpetrated at all levels of governance – from the individual community level to the highest level of government.

Truth be told, the state of the region today is a direct consequence of deliberate mismanagement and mindless plundering of resources by the various actors. It has little to do with the difficult terrain often being blamed, given the amount involved. After all, most tourism resorts across the world are built on very difficult terrains, with lesser resources. Unfortunately the NDDC that was set-up as an intervention agency for the region to be managed by indigenes became a corporate automated teller machine (ATM) for those with access to the password.

The Niger Delta is one region that has various layers of “governments”; each with its own authority driven by vested interests. It parades the largest number of interest groups whose focus is self than community; a region where the youths lead and elders play along. Both are more interested in primitive acquisition of personal wealth than the development of their communities. The region harbours the highest number of civil society groups whose interests are more pecuniary than civil challenges. Politicians are more interested in what is going on in the NDDC than in their respective constituencies and states. For a good chunk, politics is their occupation and contract is their goal. Supervision and investigation are hardly tolerated.

No meaningful development can take place in an environment where every move is driven by threats, protests, lockdowns and vandalism; where corporate blackmail has been elevated to an art. Even state governors in the region operate at the mercy of these tendencies. Only those who also wear the violent and stubborn toga operate with some level of authority. With these pack of tendentious elements all training their eyes on resources accruing to the region, visible community or regional development would be a miracle.

It was expected that with the submission of the NDDC audit report some interest groups will be jolted; and as is customary, would be up in arms looking for a fall guy and a means of escape. Campaign of calumny and blackmail is usually the first weapon. It has become a familiar trend.

Unfortunately, this unbecoming development is given impetus by the people of the region who not only willingly allow themselves to be used, but get easily distracted by the scheming of their plunderers. They leave the issue at stake and focus on personalities who, in most cases, may just be tangential to the issue in focus. The dress rehearsal for that familiar drama is already on; a flurry of the main stage play is expected in the coming weeks as the Attorney General, Abubakar Malami, moves to interrogate issues involved in the report.

Luckily the report got in while the National Assembly is still on vacation, otherwise we would by now be witnessing a wave of invitations of some critical players in the exercise, including the Minister of Finance to brief members on how the fees were paid to the auditors; the Niger Delta Minister to explain how the amount was computed; the lead auditors to explain how they arrived at their conclusions, and the Attorney General to explain why he received the report instead of the President. This would have been on till the federal budget is submitted in September. Work on the budget would be suspended until the Presidency explains why the forensic audit was instituted and why the Niger Delta Minister should not be sacked for allowing people who were elected to make laws to become contractors. Mercifully they are on break and Malami has this grace period to hasten up.

But the issue here looks quite straight forward if the people of the region and indeed Nigerians are really interested in accountability and development. The report indicates that between 2001 and 2019, the Federal Government approved N3,375,735,776,794.93 as budgetary allocation and N2, 420,948.894,191.00 as income from Statutory and Non-statutory sources to the NDDC. That brings the total to approximately N6 trillion. The report also indicates that there is on record 13,777 projects, the execution of which is “substantially compromised”. The NDDC operates 362 bank accounts and lack proper reconciliation. These are the critical issues that should interest the people. They should be interested in the veracity and the reality of these presentations. How come the area is still a stretch of mangrove belt after all this? Who are those behind the state of affairs? What happens next?

Of course Malami gave the major reasons for the audit exercise, one of which is to address the challenges militating against the delivery of the mandate of the NDDC to the people of the region. The other is to ensure probity and accountability in the use of public funds. The motive seems laudable, which is why it is highly disappointing to see those who should look forward to the fervent interrogation and implementation of the report from the exercise resorting to primitive sentiments and blackmail of the drivers.

For instance, one of the most ardent critics of the Buhari administration and supposed campaigner against the marginalisation of the Niger Delta region commented on one of the WhatsApp platforms: “My question is, why the concentration on NDDC investigation when North East Development Commission which is also enmeshed in corruption is not investigated”. She saw the exercise as political blackmail.

Responding to the post, a liberal commentator said: “My own question instead, chopping and burying the bones from the meal cannot go on forever. If forensic audit finally berths through selective abuse of political privilege, it is well. It sets precedent for the future. Before now, share, chop and clean mouth was the only unwritten rule”.

Incidentally both are from the Niger Delta region, with two perspectives. Unfortunately the former is the dominant mindset of a typical Niger Deltan who sees nothing wrong with what her people are doing so long as others are also perceived as guilty. And this is the mindset that always allows scoundrels to get away with their kill. Ironically, they are the ones who complain the most about how things are not working in the country. All their bile is directed at the centre.

Already a number of persons and groups are lined up to skin and dry the Niger Delta Minister, Senator Godswill Akpabio who is seen as the arrowhead of the forensic exercise. They are bent on exhuming all the debris about and against the man just to either distract attention or rubbish the report; but this is not about Akpabio, it is about the future and development of the region. In the first place, Akpabio did not instigate the probe, the governors of the region did. During a visit to President Muhammadu Buhari, they asked that janitors be sent to clean up the cesspit known as the NDDC. The governors cried out that their people were suffocating from the putrid fumes generated by the massive plunder in the establishment.

In setting up the probe, the President was only responding to a request by one of the most critical stakeholders in the region. Akpabio, as head of the Ministry overseeing the NDDC, had a statutory responsibility to drive the process. He had no choice. So an attack on his person from whichever quarter at this time, whether directly related with the exercise or not, is an attempt to give a dog a bad name just to hang it. The issue for now is the audit report, not the minister.

In today’s Nigeria where every normal probe is seen as a witch-hunt, those who believe that other establishments should similarly be probed have a responsibility to get the relevant stakeholders to make a case for it, instead of wallowing in the self-righteous perception of selective antagonism. It might not be the best approach, but that is what we have reduced the country to. The plundering in the Niger Delta region has been on for too long. It is not in the overall interest of the people for it to continue. The people themselves must help in putting a stop to it.

Malami in his speech captured the scenario that “the welfare and socio-economic inclusion of the Niger Delta Region is paramount to the development and security of the region and by extension the country. Funds spent on development activities should as a consequence promote political and socio-economic stability in the region. Citizens affected by these development projects should also exhibit the ability to contribute to the continuous progress of their immediate and wider communities by engaging in constructive activities that will sustain and support these developments”.

It is hoped that the Federal Government will walk the talk by applying the law to remedy the deficiencies outlined in the report while immediately commencing criminal investigations, prosecution and recovery of funds not properly utilised. It should also use relevant recommendations in the report to reposition and restructure the NDDC for efficiency and better service delivery. The Federal Government says it will, without hesitation, strategically implement all aspects of the audit exercise that will promote probity for the Niger Delta Region and Nigeria as a whole. The people are earnestly waiting.

Government must ward off every pressure and distraction from scaremongers and rabble-rousers, under whatever guise, who might directly or indirectly want the report compromised in any form whatsoever.

James is a communication consultant. He lives in Abuja