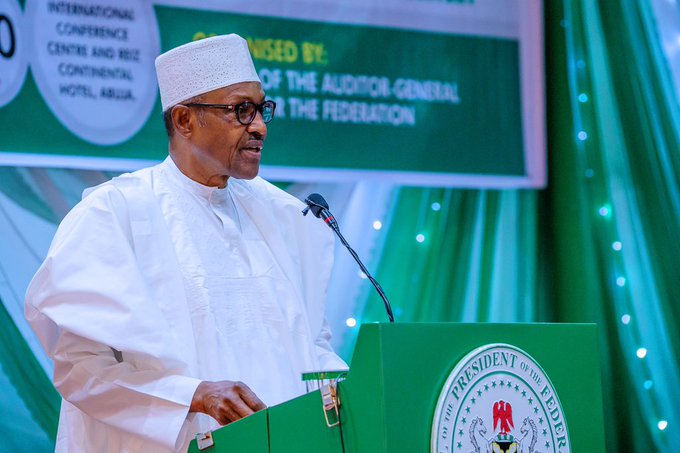 Members of the National Assembly are not earning much more than they are supposed to, President Muhammadu Buhari has said.

Mr Buhari stated this while speaking at the unveiling of The Green Chamber magazine, a publication of the lower legislative chamber at the National Assembly.

The magazine is meant to furnish the public with day to day activities of the lawmakers.

The president who was represented by Lai Mohammed, Information Minister, said lawmakers at the third arm of government are not overly paid contrary to public perception.

Findings by TODAY POLITICS showed that while members of the Senate with 109 members go home monthly with N14,250,000, lawmakers at the House of Representatives – housing 360 members, receive not less than N8,600,000 each every month.

“Hitherto, the public perception of the National Assembly is that of a bicameral legislature where overly comfortable and highly-overpaid members merely stuff wads of currency notes into their pockets for little work done,” the president said.

“This wrong perception has resulted partly from the lack of understanding of the enormous work of lawmakers, especially outside the glare of television cameras.

“But with a magazine that will be the authoritative source of anything that goes on in the House – motions being moved, bills being passed, national issues being discussed and constituency projects – the public will be better informed on the activities of the House, and this will in turn reflect in an improved public perception.

“In addition, it will help the House to tell its own story, rather than relying on others to take charge of their narrative. It is said that no one can tell your story better than you,” he added.

Lawmakers at the federal level are projected as earning much more than their counterparts globally.

A 2015 report by Quartz Africa described lawmaking in Nigeria as a lucrative business. In 2018, a former Senator representing Kaduna Central at the 8th Senate, revealed that he and his colleagues were receiving N13.5million monthly as allowances aside their salary which is about N750,000.

The incumbent Senate President, Ahmad Lawan, while dismissing speculations of jumbo pay he and his colleagues were receiving, said the N13.5m was meant for oversight assignments.

For the House of Representatives, a 2018 report by Punch Newspapers said lawmakers at the green chamber were earning between N8million to 12million as allowances excluding their monthly pay which is between N600,000 to N1,000,000.