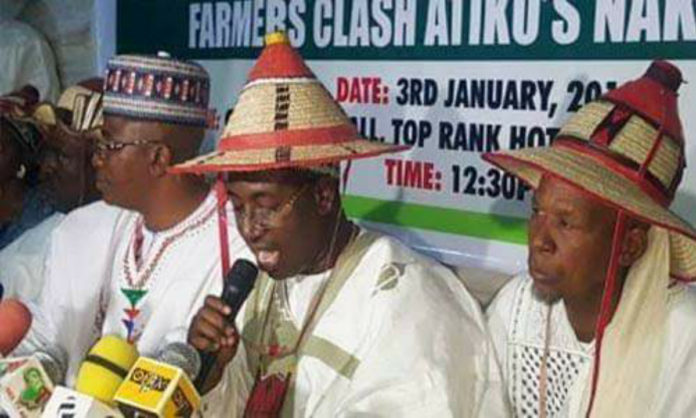 The Miyetti Allah Cattle Breeders Association of Nigeria (MACBAN) says prohibiting open grazing is unconstitutional but did not quote any section of the Nigerian constitution to back up its claim.

The cattle breeding body stated this while reacting to the proscription of open grazing by 17 state governors from Southern Nigeria.

The state helmsmen who dumped their different political, tribe and religious affiliations said the ban became necessary due to food insecurity in the protectorate occasioned by the nefarious activities of violent herdsmen in the South-East, South-West and South-South geo-political zones.

Voicing out their opposition to the proscription, the cattle breeders called on its members to return to the Northern part of the country.

The group which also called on President Muhammadu Buhari to resign said the nation was heading for secession.

“This is a simple calculation. We are heading for secession. The rulers are no longer interested in the people,” Guardian Newspaper quoted MACBAN Chairman, Sadiq Ibrahim Ahmed as saying. “If some people are banned from open grazing, there is nothing more. Fulani people should move out from there. It is very simple.”

Mr Ahmed who said the Fulanis are peace lovers, described Mr Buhari as a figurehead leader and recommended he should step aside.

“The President is there as a figurehead. He doesn’t know what he’s doing. He is not controlling anybody. In our country now, everyone does what he feels like. The country is already moving apart. Where is the central government, if some governors can meet and take decisions that are against the Constitution…?”

“The President should step aside or  Nigerians put heads together and elect a credible president in 2023, a leader with focus and competence. Nigeria should get a leader with a good example, who is ready to sacrifice his life for his subjects,” he added.