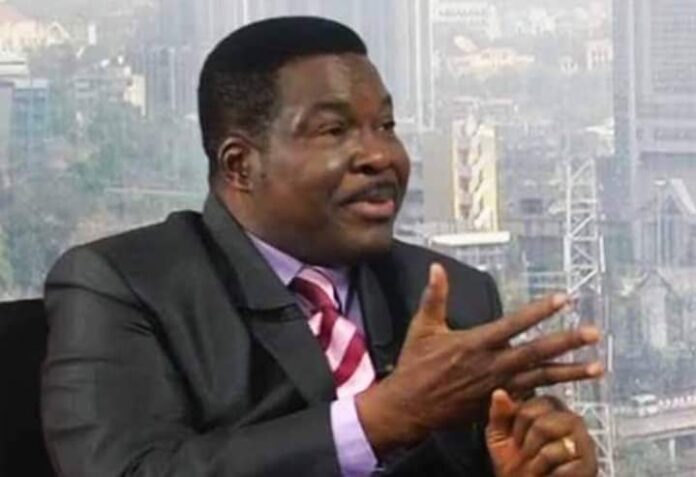 Mike Ozekhome, right activist and constitutional lawyer, has stated why he joined the defense team of Nnamdi Kanu, the detained leader of foremost secessionist group IPOB.

Barely twenty four hours to today’s court sitting, the federal government amended its charges against Mr Kanu, increasing it to 15 from 7, an action described as a “joke taken too far” by Ifeanyi Ejiofor, who heads the defense team.

Mr Kanu will take his plea tomorrow, the court ruled on Tuesday while adjourning to Wednesday.

Taking over as the leader of the defense team, Mr Ozekhome described the charges against his client as unfounded.

“Right to self determination is inalienable. It is guaranteed under both the Constitution of the Federal Republic of Nigeria and the African Charter on Peoples’ Rights,” the Senior Advocate of Nigeria (SAN) said in a chat with Vanguard Newspapers at the Abuja Federal High Court. “I am here today because I believe that the charge against the Defendant is baseless.”