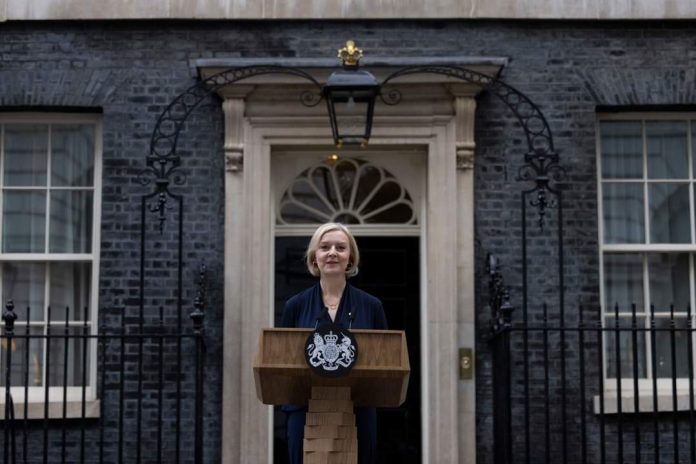 Liz Truss has announced she would resign as British Prime Minister after barely six weeks in the position.

Ms Truss’ stormy stint as the leader of the Conservative Party was plagued by fiscal and social crises and hostility following proposals to cut taxes on businesses and the rich.

“I cannot deliver the mandate on which I was elected,” Ms Truss said on Thursday afternoon, despite earlier vowing to remain in office as “a fighter not a quitter.”

Ms Truss, 47, replaced Boris Johnson who stepped down weeks ago amid ethics scandals after about 50 of his officials stepped down in protest.

Ms Truss was the last prime minister sworn into office by Queen Elizabeth II days before the monarch died in early September.