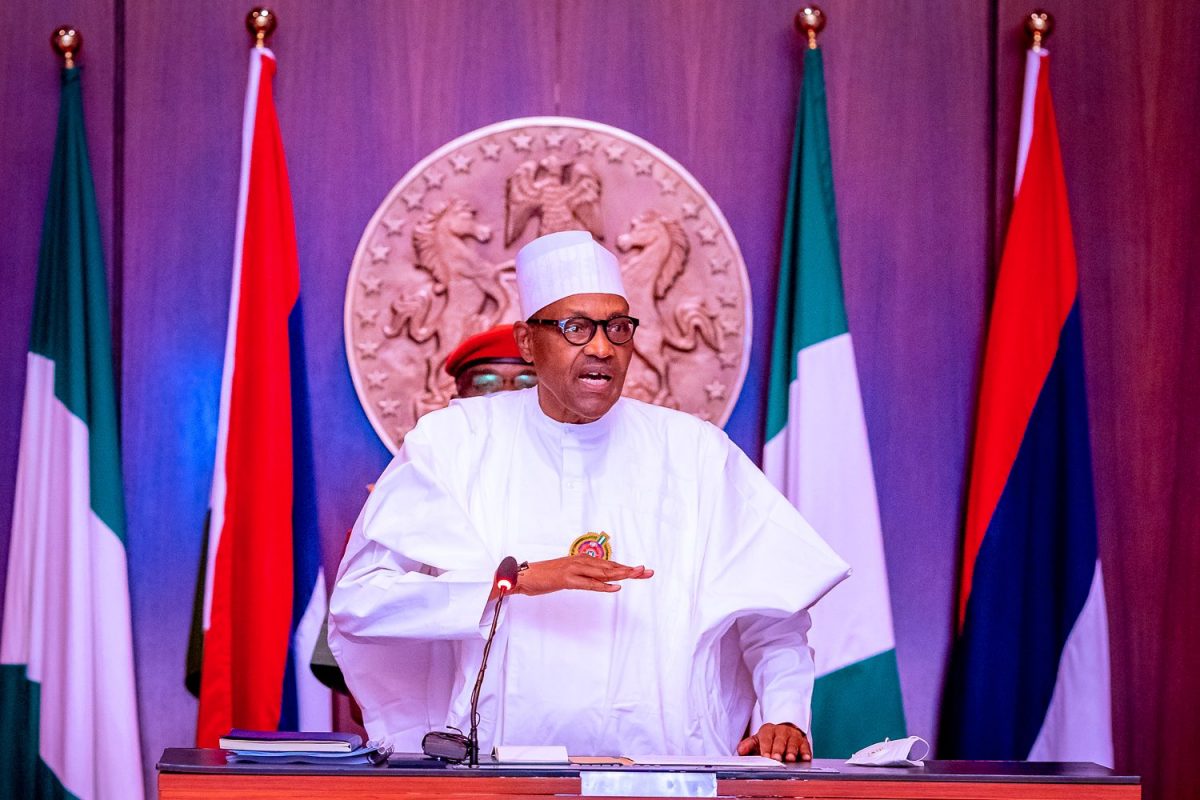 The Catholic Bishops Conference of Nigeria (CBCN) has advised President Muhammadu Buhari to listen to critics rather than blackmailing them for airing their views.

The advise comes two weeks after the Nigerian leader said he does not care about the opinion of critics whom he once pleaded to praise him more at the beginning of the year.

It also comes a week after the presidency claimed Ejike Mbaka, a Catholic cleric, who recently wailed and asked its principal to resign, did so because he could not secure lucrative government contracts.

For the religious group, Nigerians do not need to be card-carrying members of the ruling All Progressive Congress (APC) before speaking about ills in the society which affecting their wellbeing.

“Nigerians are tired of hearing of bandits taking youths in the university and executing some of them, while others are kept to be used to bargain for ransom,” CBCN President and the Catholic Archbishop of Benin City, Most Rev. Augustine Akubeze, said in a statement on Friday. “In the midst of all these, the Presidency recently stated that some religious leaders and some Nigerian politicians are plotting to destabilise the country.

“The spokesperson for the Nigeria Army noted that there is no plan by the military to take over democratically elected persons. While we reject any call for the destabilisation of Nigeria or military takeover, we nonetheless say to the Federal Government of Nigeria – we speak out because we do not want Nigeria to collapse. We are not speaking out for the APC government to fail. We are speaking out so that Nigeria will not fail. APC is not the owner of Nigeria; Nigeria is owned by Nigerians irrespective of political affiliation.

“APC government must learn to listen to every Nigerian, both political actors in other parties and non-political actors in Nigeria and the Diaspora. It is not out of place to call for a security summit in whatever form it may take as long as it leads to the unity, peace, justice, progress and protection of Nigerians.

“The Federal Government must be transparent with every Nigerian in the struggle to revive our economy, industrialise the nation, objectively deal with corruption and significantly reduce the high level of insecurity and unemployment,” the group added.

The group also advised the president to make it a habit to be interacting directly with Nigerians rather than through presidential aides.

“In every democracy, the welfare of the citizens is of great concern to the President. From time to time, presidents address the people and give an account of the state of affairs in the country. Presidents of countries grant interviews to the media who are the watchdogs of democracy. But in Nigeria, we hardly hear directly from our President. Most of the time, we hear from ‘the Presidency’. Nigerians did not elect presidential media spokespersons. Nigerians do want to hear directly from their President and hear words that are matched with actions.”

The CBCN official also advised religious leaders to be mindful of their comments which may be distorted.

“To every religious leader, let us not use inflammatory words that distort the real message we are sending to this government,” he advised. “We must be united in the fight for our common destiny as a people. It must be clearly stated to the Federal Government that if they continue to ignore the constructive criticisms and recommendations of Nigerians from every sector, the country will collapse and become ungovernable. Since we returned to democratic rule on May 29, 1999, after several failed military dictatorship, many Nigerians who experienced the brutality of the military are aware that a return to such days is not the prayer or desire of Nigerians.”